Altair BASIC was the start of the Microsoft BASIC product range, and it interpreted the BASIC programming language. It ran on the MITS Altair 8800 and subsequent S-100 bus computers.

Altair BASIC was Microsoft’s (Micro-Soft at the epoch) first product, distributed by MITS under a contract.

Bill Gates and Paul Allen read about the Altair in the January 1975 issue of Popular Electronics revue. They understood that the price of computers would soon drop to the point that providing software for them. namely a BASIC interpreter could be a profitable business. Bill Gates and Paul Allen contacted MITS founder Ed Roberts, told him that they were developing an interpreter. In fact, they yet didn’t have the product, but this approach followed the common engineering industry practice of an announcement of a non-existent product to gauge interest. Ed Roberts agreed to meet them for a demonstration in March 1975.

Bill Gates and Paul Allen had neither an interpreter nor even an Altair system on which to develop and test one. However, Allen adapted an Intel 8008 emulator he had written on the Altair programmer guide for Traf-O-Data then ran on a PDP-10 time-sharing computer. Allen and Gates developed and tested the interpreter on Harvard’s PDP-10 computer (there was no written policy that covered the use of this computer). The developers even bought computer time from a timesharing service in Boston to complete their BASIC program debugging. They also hired Harvard student Monte Davidoff to write floating-point arithmetic routines for the interpreter, a feature not available in many of its competitors.

He wrote a bootstrap program to read the tape into memory in 8080 machine language during the flight. Only when Allen and Gates loaded the program onto an Altair and saw a prompt asking for the system’s memory size, did they realize that their interpreter worked on the Altair hardware.

When Ed Roberts saw the program and, he agreed to distribute the interpreter, and he hired Gates and Allen to maintain and improve it. So Bill Gates and Paul Allen produced a few different versions of their product: the original 4K BASIC, later 8K BASIC, Extended BASIC, Extended ROM BASIC, and Disk BASIC.

Under the terms of the purchase agreement, MITS would receive the rights to the interpreter after it had paid a certain amount in royalties. However, Microsoft had also developed versions of the interpreter for other systems such as the Motorola 6800. When Bill Gates and Paul Allen decided to leave MITS, a dispute arose over whether the full amount had been paid and whether the agreement applied to the other versions. Microsoft and MITS took the dispute to an arbitrator who, much to Roberts’ surprise, decided in favor of Microsoft based on MITS failure to market the software with their “best efforts”. BASIC interpreters remained the core of Microsoft’s business until the early 1980s, when it shifted to MS-DOS and developed Microsoft Binary Format. 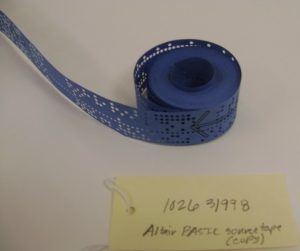