Biometrical world… There is nothing new except what has been forgotten. William Herschel, 2nd baronet of the British Empire wouldn’t imagine the future of his know-how when he made the illiterate Indians to fingerprint the papers during his time as an Indian Civil Service officer. Not that he was the first to employ this human feature, as fingerprinting was known as an ID method since Babylon and ancient China, but he was the first European to notice, that capillary patterns are unique for every human being and don’t coincide even for twins.

Fingerprinting as a scientific approach had its hard times. Police forces were reluctant to use it, relying more on cranial dimensions and photography. Some believed, fingerprints change every time one washes hands or change over the time, the fingerprints of a kid differing from that of a grownup. But once the effectivity of the method was proved, fingerprinting changed the crimes investigation forever.

Towards the end of 1990s they started using fingerprinting for identification of persons in general, not only criminals. Fingerprinting ID was being used in facilities with restricted access areas and the system was cumbersome and expensive. But only since 2000 the technical progress made it possible to integrate the fingerprint ID system into laptops. Surprisingly, the first gadget to boast the fingerprint reader was not iPhone 5, but Sony Vaio TZ series of 2007.

But still it’s the iPhone 5 that made this feature a must-have for every flagship mobile, laptop or tablet throughout A and B-brands. Moreover, touch ID is making its way to budget models as well. And now we press the finger against a cell phone or a tablet the same way a Babylonian merchant or a Chines Emperor’s clerk did with their clay pads and silk rolls. Coming to think about that, we all are circling and circling, aren’t we?

But what the said Babylonian merchant wouldn’t dream of is the face identification. A step further to customizing your gadget.

One of the available face ID systems is Windows Hello . For now, it’s available for tablets or laptops with special Intel RealSence cameras only like Surface, Surface Pro and Surface Book сделать. A user has to face the RS cam (usually placed by the webcam) and once the image is read, identified and verified, the PC is unlocked. Building face reading cams into every PC or computerized gadget by default seems to be just a question of time. And the question of privacy and comfort of course. Would users agree to be identified not only when booting the PC but when entering a website, perhaps?

As for the on-line banking or shopping access, that would be great. Face recognition is a way more secure than the two-factor or token authorization, when a user has to verify the access either via SMS or via an USB token plugged into PC. FIDO Alliance, supporting the secure authorization around web, has highly appreciated Windows Hello.

And in everyday life Windows Hello may prove to be very handy. After all, we all have to juggle dozens of passwords every day. The phone, the home laptop, the office working station, the credit card, the mailbox and the Facebook page require a password, at least 8 symbols long, containing a capital letter, a special symbol and a digit, thank you. I doubt, WW II spies had to remember so many passwords at all.

And we don’t. Every second user has the same passwords for several websites and mailboxes, or put down the password on a sticker, or save all the passwords in an Excel file. For people with bad memory for figures, biometric ID can be a gift from heaven. Or is it? The line between security and privacy breach is becoming hair thin.

After all, anonymity is the web’s greatest advantage. Being identified by my fingerprint and face when booting the computer or entering my banking account is OK, but I’d prefer stay anonymous while entering websites and social networks. It’s what they invented nicknames and avatars for. And what about the time I change my hairdo or put on\off my glasses, or gain\lose my weight? Would I be banned or labelled suspicious or had to reinstall the OS?

These issues may look an infinite source of jokes for stand-up comics of the nearest future, but nevertheless persist.

If you already use Windows Hello on your laptop or PC or phone, we’d like to hear from you and know your thoughts about it. 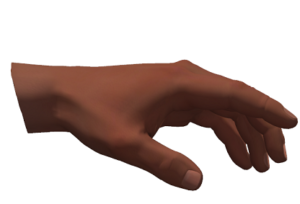