These components you find on just about any desktop PC these days.

Common Components of a Desktop PC

The computer is usually housed in a case. Many technicians refer to the case as CPU (short for Central Processing Unit), chassis or box. It’s rather easy to remove the cover and blow out the dust by using a can of compressed air, an operation you should perform at least once a year, if you have a desktop.

All PC’s desktops cases can be divided as follows:

Two varieties of monitors are used today: The traditional Cathode ray tube (CRT for short) monitor. These monitors emit radiation, use more juice, get hot. Today most of CRT monitors are flat-screen monitors, as older designs with curved screens distorted the image. The LCD monitors or flat-panel monitors share the same technology as laptop screens. They are thin, the use much less electricity, they don’t emit heat or radiation, they are available in widescreen displays. Today, LCD monitors have replaced CRT monitors globally, but either type of monitor is fine. Just remember that the larger the monitor size, the easier it’s likely to be on the eyes, and the more documents users can stuff on their desktop at one time.

All keyboard’s models have the Windows-specific keys, but you should consider buying an ergonomic keyboard, as you can type faster and with less strain on your wrists, if you are using an ergonomic keyboard. You may also consider purchasing a keyboard with one-touch button that users press to automatically display important windows, mute audio, print a document and so on. These keys may have standard functions, but they can be reprogrammed to work with other applications you use.

Even when every new Desktop PC comes with a mouse, most users look for a different pointing device or a more sophisticated mouse, as the standard-equipment mouse rarely gets the job done. Anyway, you should consider the following features:

Cordless mouse: The cordless mouse uses built-in infrared emitter or Bluetooth wireless connection to communicate with a separate base station. This station connects to a PC and acts as a battery charger for the mouse when it is not being used. Many people like this type of mouse because it has no tail to drag around. You can place it father away from the computer.

Optical mouse: Optical mouse advantages include no mouse ball to clean, fewer moving parts, better control. This type of mouse has become very popular, and not many people still use an old mouse with a ball.

Mouse with Multiple Buttons: Many new devices have a programmable third button and a scroll wheel, which we can use to scroll the contents of a page just by turning the wheel with your fingerprints. Besides, some mice have additional buttons that can be programmed and even imitate some keys automatically when clicked.

Many power users uses these alternatives to the traditional mouse. A track ball is a giant stationary mouse with a ball turned on its back. You move the ball with your thumbs or the tips of your fingers. A touchpad can be found on many laptops in our days. With this piece of hardware you move the tip of your finger across a pressure-sensitive pad.

When we talk about the speed and performance of our computers, we are typically talking about these components:

System memory, or random access memory (RAM, for short): The more memory the PC has, the better it performs, especially Windows. The more faster the memory is, the better your PC performs.

Central Processing Unit (or CPU, for short): Most PC use either an Intel Core i3, Core i5, Core i7, etc. or the Celeron, which is less-expensive and slower. There are other known processors, such as the Athlon series or the Phenom series from AMD slower alternative, the Sempron. The speed of your processor is measured in giga-hertz (GHz), where 1 GHz equals 1000 MHz. Obviously, the faster the speed of your processor, the faster your PC performs.

Graphic Processing Unit (GPU for short): This piece of hardware refers to the chipset used on the video card inserted into your computer. The more powerful the chipset, the faster and the more realistic are 3D graphics your computer produces.

We can’t image today’s PCs without multimedia. So many users add the new speakers to enhance their computer’s functionalities: flat-panel speakers are thin (less a half-inch thick), and yet they provide the same power as their older brethren. Dolby surround sound can help you achieve the clarity of a home theater system or the realism of any sound when you play the latest 3D games. Universal Serial Bus (USB) digital connections: the best digital speakers connect to your system through the USB port. 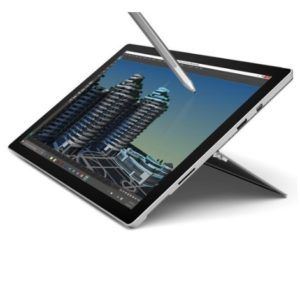