Microsoft Surface (Surface for short) is a series of premium touchscreen Windows PCs and interactive whiteboards designed and developed by Microsoft to set examples to Windows OEMs. New features, such as facial recognition system or Surface Dial are also tested on these devices.

Surface family comprises four generations of hybrid tablets, 2-in-1 detachable notebooks, an all-in-one convertible desktop, an interactive whiteboard, and various accessories of unique form factors, including the Surface Dial and the Surface Pen. The Surface line-up is powered by Intel CPUs and run on Windows 10 OS, save the first two generations of Surface tablets: Surface and Surface 2.

The Surface tablets screen size and ratio has been increasing across the generation. The first two generations of both Surface tablets feature 10.6 ClearType Full HD display and 16:9 aspect ratio. The third generation’s screen was increased up to 10.8 inches and 12 inches respectively, both models sporting the 3:2 aspect ratio. The fourth and so far the last generation of the Surface tablets has the 12.3 inches’ screen. All the tablets support 10-touch multi touch and stylus input. The display also responds to other sensors, like an ambient light sensor and a 3-axis accelerometer. They sense the tablet’s brightness and orientation.

The first two generations of the Surface tablets run on ARM chips Nvidia Tegra 3 and 4. That’s why the choice of apps is limited to the Windows Store, because these apps are recompiled for the CPU architecture. Later Microsoft switched to the Intel x64 as its immediate competitors. First comes Braswell Atom X7 for Surface 3.

The range of storage is wider than that of iPads and allows memory cards extensions. The Surface tablets line features 32, 64, 128, 256, 512 GB and 1 TB of internal NAND storage, the capacity growing across the generations. Due to the nature of storage the tablets cannot boast slim casings, they’re rather thick and solid. Besides, they have to house memory card slots, a full-size USB 3.0 port, Mini DisplayPort (or a HDMI Micro port on older models), and a magnetic charging port or micro-USB. But unlike other Windows tablets, manufactured by other brands, Surface tablets are strictly Wi-Fi gadgets that narrows down their usage outdoors.

As for the exterior design, Surface tablets are of so-called “Vapor Mg” color, the first two generations sporting a semi-glossy finish while the last ones have a matt greyish look in them. They can be distinguished from other Windows-based tablets by a kick-stand on the back that can be flipped out for hands-free usage. Microsoft has been changing the angle position options starting from 22 degrees in the first generation and coming to three angle positions of 22, 44, and 60 degrees for the third and the fourth generations.

But the highlight of the Surface tablets are the detachable keyboards or dashboards that work on magnet locks and can be easily ripped off if needed. They don’t come from the box though and should be bought separately.

As you can see from the covers’ names, their release was timed with the release of the corresponding tablets to fit the changing sizes of the screens. The accessory is two in one and can serve both like a keyboard and a protective cover. So they are called both across the web. Do not mix them up with wireless Surface keyboards.

The covers feature the magnet strip that allow to position them against a magnetic strip at the bottom of the Surface called an “accessory spine”. The covers also boast a gyroscope and accelerometer sensor to know when the cover has been closed to disable the keys and enable tablet mode. The number of sensors has been increased from the 80 touch sensors in the first cover to almost 2.000 sensors in the Type Cover 4. Every next generation of covers acquired new features. The second generation got the backlit keys and the fourth generation – the fingerprint sensor. The last two generation of keyboard\covers has a loop for Surface Pen storage.

There was also a special Remix Project that featured the DJ’s tools instead of QWERTY keys, but the product never came around.

There’re only two models in this sub-line so far. Surface Book is a hybrid laptop with a detachable keyboard that can run in a tablet mode. As compared to tablets, it featured more advanced hardware and comes with the keyboard. The Surface Book top model sports 1 TB of internal storage and 16 GB of RAM. Unlike the tablets’ cover, the Surface Book keyboard plays a significant part in running the hybrid. It houses external ports and an extra battery. That’s why it’s christened the Performance Base.

On the whole there’s no critical difference between the Surface Book and the Surface Tablet of the last generation. Both are hybrids, both feature top hardware specifications and both are meant for everyday office work and browsing rather than gaming. Tablets and Books all run on Windows 10 as well as tablets of other brands. Microsoft does not differentiate the Surface brand from the others. While Apple grips firmly the soft-, the firm- and the hardwares, Microsoft encourage other manufacturers to release hybrid tablets, mostly the budget ones. This fact doesn’t go a long way in establishing the exclusive nature of the Surface family.

Surface Studio and Surface Studio (Intel Core i7) is the flagship of the new Surface subfamily – the all-in-one desktop with the touch screen and a unique Surface Dial manipulator. Introduced in October, 2016, the Surface Studio is designed for creatives and engineers. Its’ highlight is the large touchscreen on zero gravity hinges that can be positioned almost flat like a tablet. All the hardware goes to the display base as well as the external ports.

The Surface Studio got two Skylake Intel processors iterations: i5 and i7 and unlimited connectivity, including USB 3.0 ports, Wi-Fi, Ethernet, Bluetooth, memory card slot and Display Port socket to say nothing of audio input\output. The desktop also features the rear and the front webcam.

The most mysterious Surface sub-family hasn’t come out yet. The interactive whiteboards or hubs are claimed to recognize the presence of a person in the room and to turn on the board. They’re claimed to feature all the Surface tablets functionality but on a larger scale. Microsoft has boasted some deals in the blog, but for now the hubs aren’t available in stores for general public. Obviously it’s a corporal product for large engineering and researching enterprises: Surface Hub 84-inches, Surface Hub 55-inches.

The Surface Phone is another Flying Dutchman by Microsoft. Now and then some pictures leak into the web and they’re said to represent the Surface Phone concepts, but even the crumbs of the information from the supply chains cannot bring any light on the approximate release date whatever. Instead, Microsoft sell the OS to other manufacturers like HP and ex-Nokia.

Surface Dial is for today the most revolutionary accessory by Microsoft. It goes in a set with the Surface Studio and is in essence, a reincarnation of a mouse. It moves and clicks like a mouse but also rotates as a dial, bringing up the pre-programmed menu.

Surface Pen is a stylus, that is capable of recognizing the pressure level and has an additional button to control the tablet features and software.

The docking stations as such are designed to make up for the scarce number of ports on the tablets and to create the Continuum working space.

In conclusion we must say that “hybrid” is the Surface second name. Tablets, laptops, desktops are two way hybrids, combining the features of tablets and computers, but also the manipulators are hybrids as well. The Surface Pen is a stylus plus some functions of a mouse and the Dial is also similar to the digital ‘rodent’. In other words, Surface gadgets are the harbingers of the nascent post-PC computing world. 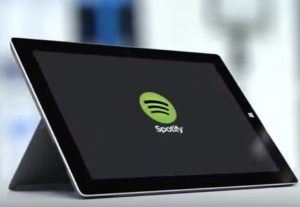