The Microsoft Surface Phone is one of the desperately needed smartphones on the market.

Up to the release of its Surface Phone, Microsoft had, say, very limited success on the mobile market. Each time it struggled desperately to acquire any meaningful amount of market share in these segment, where titans like Apple and Google dominate the situation. Even Lumia 950 and Lumia 950 XL, the most successful Microsoft phones, operating on Windows 10 Mobile, didn’t behave up to expectations. So the company needed a perfect smartphone with the new hope to attract people and convert iOS and Android users to Windows.

To create its Surface Phone and bring the full Windows 19 experience to the cell market, Microsoft has teamed up with Qualcomm hoping that this alliance would help the company to overcome all the difficulties and get rid of that immense pressure and carry the company to mobile glory.

Can the PC giant achieve the goal? Well, its Surface team has done a literally incredible job of disrupting the computing industry, where the Surface devices have proved to be a painful thorn in the backside of Apple. Let’s see if the Surface Phone will do the same for mobile industry.

Our Texts about Microsoft Surface Phone

In January 2016 Microsoft obtained the domain name surfacephone.com. If you go there, you’ll see that domain currently redirects  the visitor to Microsoft’s homepage. Given Microsoft’s existing naming conventions for devices (Surface Book, Surface Pro, etc), the name suggests the obvious intentions. That said, we should not forget that companies often buy up relevant domain names just to stop competitors bagging them.

Release date of the new phone? First half of 2017 (rumored).

What’s about its tech specs? It will be released in three variants, use Snapdragon 835 CPU and have 5.7-inch display.

In November 2016, Microsoft CEO Satya Nadella announced that Microsoft was working on the “ultimate mobile device”. He admitted that Microsoft “missed the mobile boom” but promised to find a solution rather fast. That’s still not confirms it, but it’s clear-cut proof that a new smartphone is on the way. Here’s what Satya Nadella said (and we quote): “We will continue to be in the phone market, not as defined by today’s market leaders, but by what it is that we can uniquely do in what is the most ultimate mobile device.”

Rumor has it that the new smartphone will be available in three versions: Consumer Edition (a reasonably priced flagship), Business Edition (BlackBerry replacement?), Enthusiast Edition (a power user device). Nobody advanced any ideas about their physical looks – will all three look any different physically? Usually, three distinct versions of a model would mean we’d expect to see three different screen sizes. But leaks suggest thus far that all three variants will use a 5.7-inch display. On the contrary, storage and memory upgrades will differ: Consumer Edition: 3GB RAM / 32GB storage; Business Edition : 6GB RAM / 128GB storage and Enthusiast Edition: 8GB RAM / 500GB storage (In 2016 we saw Apple introduce a 256GB iPhone 7 Plus, so there’s no real reason why Microsoft couldn’t match such efforts).

Resuming, let’s say that if Microsoft is hoping to woo business and power users, it’ll need to kit its phones out with the very best components available.

It’s likely that the Microsoft Surface Phone will come packing Qualcomm’s Snapdragon 835 chipset, which is a direct sequel to the Snapdragon 820 and 821 chips, which featured in the Galaxy S8, OnePlus 3T, and Google Pixel phones.This chip is Qualcomm’s first 10nm processor, which is significantly more efficient than the old 16nm Snapdragon 820. Making the use of a Snapdragon chip is even more likely after Microsoft’s announcement of a partnership with Qualcomm in December 2016, at the WinHEC event in Shenzhen, China. The new products will run on Qualcomm’s ARM-based SoCs. According to Terry Myerson, who heads up Windows Devices, will be a “range of thin, light, power-efficient and always-connected devices”.

Unfortunately, there have been zero camera leaks, although we’d expect big things from the Surface Phone camera.The Surface Phone could have some kind of Intel RealSense arrangement that could capture 3D images (after all, Microsoft has made much of HoloLens and Windows Holographic with their 3D features).

As to the price of Windows Surface Phone, they say it will be up for grabs for a price between $699 (base model) and $1,100 (500GB). Let’s remind you that the iPhone 7 is available for $649 and its larger version starts at $769. Anyway, the new smartphone’s prices will depend on the storage capacity of this phone which is supposed to revolutionize the market of the smartphones.

At the moment (and let’s face the sad reality) we have no more than rumors, gossips and “he said, she said” situation. What is really important, is our certainty about this: The Microsoft Phone is Coming! Well, we’ll see very soon the difference between expectations and reality. 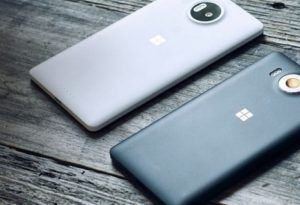