Here is the list of our texts dedicated to interesting and often ignored facts about Microsoft Corp. (Microsoft miscellaneous), its devices, software and other curious and somewhat amazing information:

Image Basics: Most of the images you can see in the Net, download or import from a camera are so called raster images. That means that the image is made up of thousands of small dots known as pixels.

Types of laptops: All the laptops are created different; they vary by size, weight, power, functionalities, the way users can input data, etc. But all of them are computers in small package.

New All-In-One PC: Windows fans and haters have to circle the 26th of October in their calendars. As this is the date of annual event when Microsoft presents new products…

Non-Surface Windows Tablets: Before and Beyond: Windows tablets had had their share long before Surface entered the market. Before launching Surface-branded tablets, Microsoft tested their OS on tablets of third-part manufactures.

A Hat for Your Cat: As the new musical ad declares, Macs are as useful as a hat for your cat. Is it true? Both have keyboards and SSDs for storage, both have touch screen….

A Few Words about Microsoft Corporation

One of the world’s most valuable companies, Microsoft Corporation (commonly referred to as Microsoft) is a multinational technology company. headquartered in Redmond, Washington, U.S. The company develops, manufactures, licenses, supports and sells computer software, personal computers, other consumer electronics. Among the best known software products developed and marketed by Microsoft are the Microsoft Windows line of operating systems, Microsoft Office office suite, Internet Explorer and Edge web browsers. Today its flagship hardware products are the Microsoft Surface tablet lineup and Xbox video game consoles. The company is one of the world’s largest software makers by revenue.

The company was founded by Paul Allen and Bill Gates on April 4, 1975, and its firs successful product was BASIC interpreter for the Altair 8800 machine. Gradually, the company rose to dominate the personal computer operating system market with MS-DOS in the mid-1980s. Then it developed Microsoft Windows.

By the end of the 1980s around twelve thousand company’s employees became millionaires. Since the 1990s, Microsoft Corporation has made a number of corporate acquisitions. We may quote such acquisitions as Skype Technologies (acquired for $8.5 billion) or LinkedIn (for $26.2 billion).

Altogether, Microsoft is market-dominant in the IBM PC-compatible operating system market and the office software suite market. The company also produces a wide range of other software for desktops and servers, and is active in areas including Internet search with Bing, the video game industry with the Xbox, Xbox 360 and Xbox One consoles, the digital services market through MSN. The company also develops smartphones.

In June 2012, Microsoft entered the personal computer production market with the launch of the Microsoft Surface, a line of tablet computers. 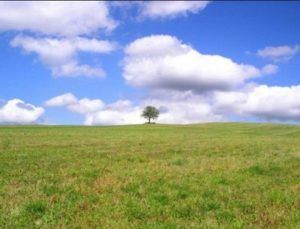