Apri 4, 1975: Microsoft is founded by Paul Allen and Bill Gates with the purpose of developing and selling BASIC interpreters for Altair 8800, a microcomputer designed in 1974 by MITS and based on the Intel 8080 CPU. The company’s name spelled as Micro-Soft at the time.

November 20, 1985: Microsoft releases Windows 1.0, a graphical personal computer operating environment that enabled users to see user friendly icons on screen. The release of the Windows 1.0 meant the end for Microsoft’s command-line DOS (short for Disk Operating System), but the first version of Windows could only support tiled windows. It had, though, desktop features such as the MS-DOS Executive file manager, Notepad, Calendar, Terminal, Cardfile, Clock, Calculator, Clipboard, Print Spooler, and RAMDrive for managing memory cards designed to beat the PC’s 640KB memory limit, Windows Paint and Windows Write, Windows 1.0 even had a game, called Reversi.Windows 1.0 cost $99, as a special introductory offer.

May 22, 1990: Microsoft launches its Windows 3.0 graphical environment, the first widely successful version of Windows. This version saw significant interface changes (everything now looked much better thanks to this version’s support for 256-color VGA), as well as improved exploitation of the Intel 286 and 386 processors’ memory management capabilities. This version introduced Program Manager and File Manager, along with a redesigned Control Panel and Solitaire game which remains a Windows staple to our days.

July 27, 1993: Windows NT is launched. Born from the wreckage of Microsoft’s ill-fated partnership with IBM, Windows NT was built from the ground up under the leadership of ex-DEC software engineer Dave Cutler. The platform was initially developed for the Intel i860, and its N-Ten codename fave the version its name (but Microsoft said later that NT meant New Technology).  Windows NT 3.1 will be a fully 32-bit pre-emptive “multitasking, multithreaded, multiprocessing, multiuser operating system”. It was equipped with a hybrid kernel and a hardware abstraction layer to facilitate porting between processor platforms. Various NT variants have appeared on many CPU architectures through the years, including IA-32, x86-64, MIPS, Alpha, PowerPC, ARM and Itanium.

August 24, 1995: Microsoft launches Windows 95, is a consumer-oriented operating system, which was a significant improvement over the company’s previous DOS-based Windows products. This platform entered the market with unprecedented push. Microsoft used the Rolling Stones song Start Me Up to introduce its new platform. This operating system was a consumer-oriented hybrid 32-bit/16-bit OS with a brand-new user interface. Many new features were built in, such as plug-and-play automatic device detection and configuration. Its user interface saw the first appearance of the long-running Windows features such as the Start button and menu. The platform had the taskbar and system tray or notification area, as well as maximize, minimize and close buttons on windows.

24 August 1996: Available in Workstation and Server versions at the moment of its release, Windows NT 4.0 is introduced to the public. The 4.0 will be followed by Server, Enterprise Edition in 1997 and Terminal Server in 1998. Windows NT 4.0 added the Windows 95 user interface to the fully 32-bit, business-oriented operating system. NT 4.0 included a number of architectural improvements. In particular, the Graphics Device Interface, or GDI, was moved into kernel mode, giving a significant performance boost over NT 3.5x, although this also required graphics and printer drivers to be updated. NT 4.0 was the first Windows version to support the DirectX multimedia API.

August 6, 1997: At the MacWorld Boston event in August 1997, Steve Jobs, in a ground-breaking decision, Jobs announces an alliance with Microsoft. In exchange for $150 million in Apple Stock, Microsoft and Apple would have a 5-year patent cross-license and, more importantly, a final settlement in the ongoing GUI argument. Microsoft agrees to pay an unreleased sum of additional funds to quiet the allegations that it had stolen Apple’s intellectual property in designing its Windows OS. Microsoft also announces that Office ’98, its popular office package, would be available for the Mac by years end.

May 15, 1998: Microsoft launches Windows 98, a graphical operating system, the second major release in the Windows 9x line of operating systems and the successor to Windows 95. The company released the system to retail on June 25, 1998. One of the best known and famous versions, its popularity was due mostly to more consumer-friendly interface than its predecessors. Besides, a range of user-interface enhancements were introduced via the bundled Internet Explorer 4’s Windows Desktop Update. The improvements included the Quick Launch toolbar, Active Desktop, the ability to minimize a window by clicking its toolbar icon, plus backward and forward buttons, and an address bar, in Windows Explorer. USB support (first introduced with Windows 95 OSR2.1 in April 1997), was also improved in Windows 98. It encompassed keyboards, mice, joysticks, hubs, scanners (but not modems, printers or storage devices). Windows 98 SE followed suit.

September 14 2000: The customer-focused Windows ME (short for Millennium Edition) is released. This was the last of the DOS-based Windows 9x line. However, the Millennium Edition is widely regarded as one of the worst Windows versions Microsoft ever released, because this hurriedly released version was notorious for being buggy and crash-prone. Minimum system specifications for Windows ME were a 150MHz Pentium processor with 300MHz recommended, 32MB of RAM (64MB recommended), and 320MB of hard disk space (2GB recommended). The system could address up to 1.5GB of RAM. Unlike Windows 95 and 98, Windows ME lacked real-mode DOS support. It included, however, the System Restore feature, which allowed users to take the system back to a previous stable configuration. Windows ME was quickly superseded by the far superior NT-based Windows XP.

October 25, 2001: Microsoft launches Windows XP. It initially comes in Professional and Home versions. This version, equipped with a couple of Service Packs under its belt, XP – for eXPerience – proved to be one of Microsoft’s most successful Windows releases ever. It extended support for this durable OS ended on April 8, 2014. That’s it lasted for an unprecedented twelve and a half years after its launch. The XP user interface was very friendly. Indeed, it featured an updated two-column Start menu, task-grouping support on the taskbar and the ability to lock the taskbar, among other enhancements. Microsoft presented all the improvements in a new default Luna visual style.

July 20, 2004: Microsoft announces plans to return up to $75 billion to shareholders in dividends and stock buybacks.

July 20, 2006: Microsoft announces a new US$20 billion tender offer and authorizes an additional share-repurchase program of up to $20 billion over five years.

January 30, 2007: Microsoft launches Windows Vista and the 2007 Microsoft Office System to consumers worldwide. This controversial system had a convoluted gestation, a delayed birth, and a relatively short life. Many remember Windows Vista as a particularly ill-conceived Windows release. The main complaints centered on security features, digital rights management, hardware requirements, hardware performance and software compatibility. Longhorn (Vista’s codename) was built on Windows Server 2003 SP1, having jettisoned key features such as WinFS. Features included the Aero interface, which with the right hardware displayed transparent windows and other visual effects, and a redesigned Start menu.

February 27, 2008: Microsoft launches Windows Server 2008, SQL Server 2008 and Visual Studio 2008.  This platform was built on the same code base as Windows Vista. Windows Server 2008 included new features like Network Access Protection (NAP) which checks that PC connects to the network are complying with IT policies; Server Core, which installs a minimalist Graphical User Interface and a limited set of server roles, PowerShell and Read-Only Domain Controllers. Existing components such as IIS, Terminal Services and the SMB file-sharing protocol also received thorough overhauls.

June 27, 2008: Bill Gates transitions from his day-to-day role at Microsoft to spend more time on his work at The Bill & Melinda Gates Foundation.

September 4, 2012: Microsoft launches Windows Server 2012 in four editions: Foundation, Essentials, Standard, and Datacenter. The platform offered advances in virtualization, storage, networking and automation, positioning itself not only as an upgrade for traditional file/print/application/Web servers, but also as an enabler of private, hybrid and public clouds – in combination with products such as System Center and Windows Azure. WS 2012 could be installed in command-line Server Core mode or with the Windows 8 graphical interface (known as Metro), or in a hybrid cut-down GUI mode. Server Manager was the main GUI element, while PowerShell gained a multitude of complaints for managing in Server Core mode.

October 26, 2012: Microsoft launches Windows 8 and Microsoft Surface. Windows 8 comes in three 32-bit and 64-bit x86 editions: Windows 8, W8 Pro and W8 Enterprise. A fourth system was Windows RT for ARM-based system. The Enterprise edition was only available to Software Assurance customers, and included the Windows To Go feature for creating secure bootable USB flash drives. Pro and Enterprise, which can join Active Directory domains, were the business-oriented editions. For Windows 8, Microsoft developed features that accommodated touchscreen devices such as tablets and laptop/tablet hybrids. The traditional Windows 7-like Desktop, minus the Start button, was still present with Windows 8, but the system booted into the new-look Start screen.

October 17, 2013: Microsoft launches Windows 8.1. The headline feature in Windows 8.1 was the partial restoration of the much-missed Start button on the desktop taskbar. However it was not the classic Start button, but a visible button for accessing the more customizable Start screen. On Windows 8.1 users can go straight to the desktop on login, and configure the desktop Start button or Windows key to go to the Apps page rather than the Start screen. Essentially a service pack for Windows 8, version 8.1 is a free download from the Windows Store. Other new features in Windows 8.1 include enhanced search, more bundled Windows Store apps, the ability to display and use up to four apps side by side, deeper SkyDrive integration and a redesigned Windows Store.

January 19, 2016: Microsoft Philanthropies announces $1B in donations putting Microsoft Cloud to work for the public good.

Video posted by Techquickie on January 6, 2017. 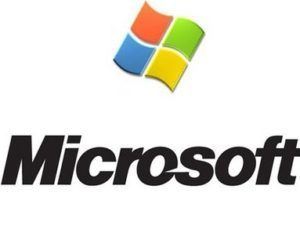