Under the terms of the acquisition, LinkedIn will maintain its “distinct brand, culture, and independence” – similar to how Facebook handled its acquisition of WhatsApp – and Microsoft says LinkedIn cofounder and chairman Reid Hoffman and Weiner “both fully support” the purchase, with both boards signing off.

The deal is expected to be completed this calendar year (2016).

LinkedIn shares jumped more than 47% following the news when the markets opened. Microsoft shares, which were halted in pre-market trading pending the news, have since reopened and fallen about 4%.

Nadella announced the news to Microsoft employees in an email. LinkedIn CEO Jeff Weiner also sent an email to staff.

LinkedIn CEO Jeff Weiner talked at length about integrating LinkedIn into existing Microsoft software. That is what he literally said: “This deal brings together the world’s leading professional cloud with the world’s leading professional network,” Nadella wrote in the email. “I have been learning about LinkedIn for some time while also reflecting on how networks can truly differentiate cloud services. It’s clear to me that the LinkedIn team has grown a fantastic business and an impressive network of more than 433 million professionals.”

Nadella went on to mention how Microsoft’s Office software suite could be combined with LinkedIn’s network in the future, such as the ability for Microsoft to serve up suggestions for a specialized expert through LinkedIn when its software recognizes you’re trying to complete a specific task.

LinkedIn will also be able to plug into Office to detect the kind of project you’re working on, which the social network will then use to surface relevant articles to infuse into your LinkedIn news feed.

“We are in pursuit of a common mission centered on empowering people and organizations. Along with the new growth in our Office 365 commercial and Dynamics businesses this deal is key to our bold ambition to reinvent productivity and business processes,” Nadella wrote.

“Think about it: How people find jobs, build skills, sell, market and get work done and ultimately find success requires a connected professional world. It requires a vibrant network that brings together a professional’s information in LinkedIn’s public network with the information in Office 365 and Dynamics. This combination will make it possible for new experiences such as a LinkedIn newsfeed that serves up articles based on the project you are working on and Office suggesting an expert to connect with via LinkedIn to help with a task you’re trying to complete.

“As these experiences get more intelligent and delightful, the LinkedIn and Office 365 engagement will grow. And in turn, new opportunities will be created for monetization through individual and organization subscriptions and targeted advertising.”

Microsoft Corp. made some of its most significant strides towards being the more open company that CEO Satya Nadella often describes on Wednesday, as it joined the Linux Foundation as a platinum member, welcomed Google Inc. to join the .Net Foundation, and partnered with Samsung Corp. for .Net developers to build apps on its devices.

Just a few years ago, the proprietary approach to source code that the software giant took would make these announcements unthinkable. But today, Microsoft says the partnerships will make its cloud platform, Azure, more flexible in building cross-platform apps and services. By embracing open source standards, Microsoft is allowing developers to code apps in the language of their choice and deploy those apps to more platforms.

It’s been Nadella’s message since he took the reins as Microsoft’s CEO.

By joining the Linux Foundation, Microsoft deepens the work that it started with .Net core application framework available as open source. It also gives the maker of Windows some level of input over the direction of the Linux OS. For those familiar with the history of Microsoft’s relationship with Linux, see the company take on this new role with the foundation is an unforeseen twist.

By allowing Google to join its own foundation, the .Net Foundation Technical Steering Group, the search giant can support its own open platform for developers that have embraced the popular .Net core.

“We don’t think of this as a beginning, we’ve been working years on .Net,” said Chris Sells, a senior product manager at Google, speaking on a Q&A panel at Microsoft’s Connect event in New York. “We’re happy to be part of the technical steering committee… we think of it as a much longer term thing.”

The move will also help Google Cloud Platform support enterprises looking to expand their public and hybrid cloud use, Sells writes in a blog post. Google has a lot of experience with the .Net foundation, already supporting the code stack on its infrastructure and offering libraries for its cloud services. It’s also built native support for Visual Studio and PowerShell on Google Cloud Platform.

Still, many were surprised by the announcement confirming that Microsoft buys LinkedIn. 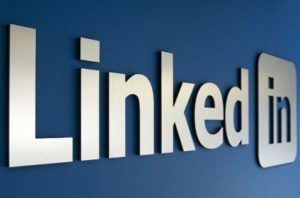