All the laptops are created different; they vary by size, weight, power, functionalities, the way users can input data, etc. But all of them are computers in small package. The laptop remains a mainstay among computer electronics. Besides with newer hardware geared towards performance, laptops are a viable option for those who want a mobile device that can do a good deal more than what a traditional tablet is capable of. Historically, people divide laptops categories as follows:

Notebooks (notebook computer, sometimes also called the garden-variety laptop). To be considered a notebook, a computer must weigh around 5-8 pounds and thus be portable. Its display ranges from about 13 inches to 16 inches. They are equipped with sound cards and can have very sophisticated graphics for games and multimedia.

These laptops are thinner and can weigh a mere 3 pounds, but their screen can come in at around 15 inches. They run on lower-power processors for longer battery life. Usually their keyboard is smaller.

These laptops are very small and inexpensive, with less powerful processors than most laptops and very small keyboards. This type of computers is still around, but they have been upstaged by tablets (such as Apple’s iPad or Microsoft’ Surface), which are marketed in an even sleeker package but provide more powerful resources.

Small, thin multitask laptops which have become very popular, and they have certainly exploded in popularity. Their displays range from very small monitors to rather big ones. They can be used to perform even professional tasks, as they can be really powerful (and expensive!) or, on the contrary, they can have a heftier price point…

As they name states, they are used as desktop replacements, and thus they aren’t meant to be portable, even though users can move them easily around the office or the house. These laptops weigh more (up to 10 pounds, as a rule), and they have larger displays, sometimes as big as 20 inches. They have roomier keyboards.

What Can Laptops Do

Laptops do everything, from doing email to running very complex software programs which allow you to gain control over your finances or accomplish such task as editing and embellishing photographs. You can utilize different word processors to write books or create flyers; you can pay bills and do your banking online; you can communicate with other people, share video, make phone calls, chat with people, browse the Web and make research online and accomplish many other tasks.

Thanks to their portability, usually it’s very simple to move around with laptops. You can thus access the Web and your email from anywhere or use public hotspots – those locations that provide access to the Internet from a café, a park, a mall with Wi-Fi and any other public place.

Note: Don’t forget that common laptops have battery-life which lasts a few hours, so if you plan to use your machine for an extended period of time away from a power source, keep an eye on your battery and be sure you’ve charged it, just to avoid the moment when the battery power runs out when you are in a cafe getting ready to sip your cappuccino while enjoying a chat with your distant friend.

How to Select a Type of Laptop

Each computer runs on a specific OS (short for Operating System), which does everything from starting your computer to shutting it down, going through all the software programs, managing files, connecting to the Internet and so on. Most computers use Windows which is the most common OS in the world, but Mac laptops from Apple are also popular (in today’s world, most Apple-specific software and and software applications for Windows can be used for both OS. Other well-knows OS is Linux, used on Chromebooks from Google.

Apart from Operating systems (OS), you can base your decision on the power of the laptop. For example, if you usually use visual elements, such as computer games, movies or work with graphics, you should purchase a machine with a good graphic card and a high-end sound card. In fact, the ca be a discrete graphic card (that’s a card separated from the CPU) or integrated graphic card, which is built in to the CPU.

Many modern laptops are touchscreen, and they allow users to write on the the screen using an onscreen keyboard or a special stylus

For many people the computer design is very important, so you can also compare different brands with different designs and different weights.

Let’s admit that choosing the right laptop can be a very complicated process. This difficulties can be explained by the notable differences in terms of both hardware and design, which tend to be unique to each brand. Thus buying a new or refurbished laptop, you should always keep in mind what exactly you will be using your new computer for. Think whether you intend to lug your machine from place to place or use it as a device to snuggle up with in bed. Never forget that there is a good deal to consider and the process can be really complicated, as we have said earlier. 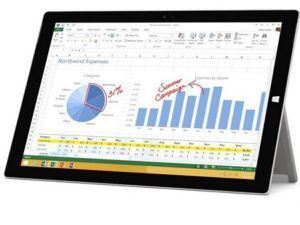