Windows tablets had had their share long before Surface entered the market. Before launching Surface-branded tablets, Microsoft tested their OS on tablets of third-part manufactures: Acer, Fujitsu-Siemens, Wpad. The old tablet circa 2002, Fujitsu-Siemens Stylistic, ran Windows XP! And it had a touch screen and a stylus control. The stylus performed a mouse functions, such as right and left clicks and highlighting. Windows XP Tablet Edition sported special stylus apps pack including: Equation Writer, Windows Journal, Ink Flash Cards and One Note 2003. Equation Writer was used for formulae, Ink Flash Cards and Windows Journal – for pen writing notes. The handwriting was converted into fonts; which user can change with a Word-like toolbars.

Non-Surface Windows Tablets: Before and Beyond

Windows 7 also had the tablet edition, to say nothing of Windows 8 and Windows 8.1. While all the world was cooing over iPads, Microsoft was honing system requirements for tablets, which could run Windows Tablet Edition. Any third-party company could manufacture Windows tablets, provided that they meet the list of requirements. These have been set up for Windows 8 and haven’t changed much since, except in part concerning storage and RAM space.

Convertible form-factor: A tablet should be convertible; it should have a detachable keyboard or ‘blade’.

Windows Key + Power combination: the said combination should replace CTRL+ALT+DELETE in situations when a user has to restart the system.

Wireless connection: A tablet should have built-in broadband, Bluetooth and NFC, support mobile telephoning and internet.

Processor: A tablet should have an Intel inside, for Windows OS is optimized for these processors.

Microsoft hasn’t locked the boot ROM as Apple, but saw to the requirements to embrace UEFI firmware. Thus, the product key is written into firmware and you shouldn’t enter the key if you restore your OS after the crash. On the other hand, it’s hard to change the tablet OS to Android, there’s a high risk of bricking the device. The only way out is dualboot, that is, installing Android as the second OS.

No surprise then, that Microsoft haven’t banned non-Surface Windows tablets. They in Microsoft have never been into design but into functionality. The tablets can be large or small, black or silver or any color whatever, it doesn’t’ matter as long as they meet the aforementioned requirements set by the soft vendor.

So, as you can see, the range of Windows tablets is not limited to Surfaces only. Lenovo, Asus, Acer, HP and even Samsung produce Windows tablets. They fit any budget from a student’s to a corporation executive’s, but lack some brand Surface features. For one, they are incompatible with Touch Covers and Surface pen. They also mostly lack the flip-off kickstand. And the hardware and screen features may vary from a model to model. So the only quality criteria here is the price.

There’s no telling, if Microsoft approach to tablets is better or worse than that of Apple’s, but it’s surely the more flexible one. We’d be happy to hear your thoughts on the matter.

A Few Words About History

The first prototype tablet in the world appeared in 1968, when Alan Kay, an American computer scientist conceived the idea of the Dynabook while working on KiddiComp concept (in fact, Mr. Kay proposed the name Dynabook in his 1972 work, but the global idea was born in 1968). Within KiddiComp the idea of a tablet described a personal computer for children of all ages. It outlined the requirements for a portable educational device that would offer similar functionality to that now supplied via a tablet or slate computer with a hardware keyboard built into the device. Curiously enough, its operating system was supposed to give kids access to digital media. Even when children constituted the target audience, adults could also use a Dynabook, considered to be the first prototype tablet.  Unfortunately, the first table was never manufactured, but its concept reportedly inspired generations of tablets and laptops.

By the end of the XXth century, more than two decades later, the tablet has evolved into what we call today the iPad, the Galaxy Tab, or the Microsoft Surface, thank to the advancement of technology industry which has focused on the development of tablets whose specs and pricing are more attractive as the time goes on. And it seems that many companies, put a lot of thought into this direction.

To fully appreciate the development of tablets, we should go back to 1991, when Microsoft’s Bill Gates began talking about these small computers. Since that tablet computing has evolved as all types of computers have. If in their early days, tablets were merely a tablet interface overlaid onto operating system, such as Microsoft Window or any other OS, the concept, the hardware, the design have greatly improved, to the point that today’s tablets enable many new and notorious features, including long battery life or new ways of input. The definitions changed, too, over the time, as in the past, for example, the term convertible meant a tablet whose keyboard could be folded back over itself.

With the Surface Microsoft has moved to make the “Metro” tablet user interface dominant, subsuming the traditional Windows desktop for those users who’d like to work in that environment. 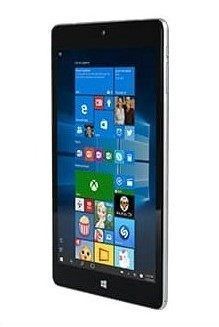