On November 16, 2016, Microsoft Corp. announces its new contribution to open ecosystem by joining Linux Foundation and welcoming Google to the .NET community. Announces several new tools to help any developer create intelligent cloud and mobile apps. This announce was made at Microsoft’s annual Connect developer event, where Microsoft unveiled a series of products and partnerships that strengthen the company’s Azure cloud platform for building intelligent, cross-platform apps and services.

Microsoft Cloud and Enterprise Executive Vice President Scott Guthrie detailed steps the company is taking to empower the ecosystem by giving developers greater choice in the tools they use. This includes joining the Linux Foundation as a Platinum Member to better collaborate with the open source community, welcoming Google to the independent .NET Foundation, and working with Samsung Electronics Co. Ltd. to enable .NET developers to build apps for dozens of millions of Samsung devices worldwide.

“We want to help developers achieve more and capitalize on the industry’s shift toward cloud-first and mobile-first experiences using the tools and platforms of their choice,” Guthrie said. “By collaborating with the community to provide open, flexible and intelligent tools and cloud services, we’re helping every developer deliver unprecedented levels of innovation.”

Collaborating with the Community

As part of its effort to work more closely with the open source community, Microsoft announced it has joined the Linux Foundation as a Platinum Member. Microsoft’s membership in the Linux Foundation will benefit customers through increased collaboration and innovation among a diverse ecosystem.

“By becoming a Linux Foundation Platinum member, Microsoft is better able to collaborate with the open source community to deliver transformative mobile and cloud experiences to more people,” said Jim Zemlin, executive director of The Linux Foundation. “Microsoft has been a key contributor to many projects, and we see the company intensifying its involvement and commitment to open development.”

Microsoft has become an active member of the open source community in part through the popularity of its open source and cross-platform application framework .NET Core. Wednesday’s addition of Google to the .NET Foundation’s Technical Steering Group further reinforces the vibrancy of the .NET developer community as well as Google’s commitment to fostering an open platform that supports businesses and developers who have standardized on .NET. Other industry leaders are also betting on .NET Core for their own commercial products. Samsung is releasing a preview of its Visual Studio Tools for Tizen. Developers can use the tools to build .NET apps for the Tizen operating system that runs on millions of Samsung TVs, wearables, mobile devices and many IoT devices around the world.

Tools for Any Developer on Any latform

Microsoft highlighted several announcements Wednesday aimed at helping developers use the tools of their choice to create Android, iOS and Windows apps powered by Linux or Windows Server, including the following:

The SQL Server on Linux public preview released Wednesday is the first preview of the next version of SQL Server and brings the power of SQL Server to Linux and Linux-based Docker containers, in addition to Windows.

The availability of Azure Data Lake services, Azure Data Lake Analytics and Data Lake Store means developers and data scientists now have the capabilities required to easily store and process data at petabyte size files, with massively parallel analytics and enterprise-grade security for insights on data of any size, shape and speed.

The Visual Studio 2017 release candidate released Wednesday includes new capabilities to help any developer be more productive than ever for any application and any platform.

“Microsoft is transforming the nature of its appeal to developers by broadening its supported platforms,” said Al Hilwa, research director for Software Development research at IDC. “The new partnerships and commitments allow Microsoft to meet developers where they are and multiply its reach and impact with mobile and cloud developers as well as become established in emerging areas such as IoT, data science and cognitive computing.” 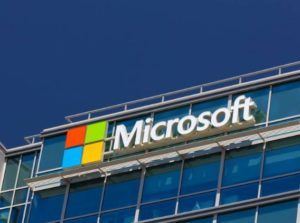