Surface Complete for education: Starting September 30, 2016, Microsoft launches astounding warranty program for educational institutions in USA and across the world, encouraging them to buy Windows Surfaces for students and tutors.

2-in-1 portables Surface family has caused an increasing interest among students and school staff for their flexibility and comfortable usage. Microsoft Office options plus Web access and portability of a tablet are really a “sweet spot”.

For students with such issues as dyslexia and dysgraphia, Windows Surface can be of great assistance, helping them to put down lectures and make notes.

Yet, schools are often concerned about safety of the devices, because schools and colleges aren’t tranquil offices with people dashing to and pro. To say nothing of clumsiness some students may suffer. And here’s where Microsoft enters with its unprecedented warranty program covering the damage claims for ALL Surface devices purchased.

As they state in Microsoft blog: “Surface Complete for Education allows school IT departments to pool accidental damage claims up to 100% of devices purchased, independent of which device user requested a new claim.”1 What does it mean? If the school buys, say, 500 Windows Surfaces, it can file 500 accidental damage claims across ALL the devices, no matter what a damage is: whether the tablet was dropped or spilled with coffee or pitched by a careless desk mate’s elbow. The device will be replaced swift and easy. More than that, a guarantee isn’t tied to a specific device, and thus more than the traditional 2 accidental damage claims (with Complete for Business) can be made on a Surface device.

The program is available via Microsoft representatives or local resellers. Check the prices for educational institutions in your place.

A Few Words about Dyslexia and Dysgraphia

Dyslexia is a reading disorder which seriously affects about 5% of world’s population, and up to 15% may experience symptoms at some degree. This mental disorder happens anywhere on our planet without distinction, but it acts differently in every case. As a rule, this disability includes such difficulties as capacity of reading texts aloud, writing or spelling words or understanding what the affected person reads. People with dyslexia usually have the same issues with reading numbers, not only letters.

Generally, this disability is noticed when the child in is primary school, but some people may acquire it in adulthood. In this latter case, when a person previously could read without any difficulty, but loses its ability, this disorder is classified as alexia. Note however that in adulthood dyslexia is mostly caused by strokes, dementia, brain injury and so on. Anyway, the mechanism of dyslexia is associated with brain’s language processing.

Otherwise than dyslexia, people with this disorder are absolutely normal, they can learn just as any other people without these symptoms. This disability is caused by various factors, and it seems that hereditary factors are among them, as many cases run in families through generations. It has been also noticed that people with ADHD (short for Attention Deficit Hyperactivity Disorder) are often affected.

Today dyslexia is diagnosed through a series of tests of memory, vision, hearing, spelling or reading skills, but it must not be confused with difficulties caused by hearing or vision problems.

Treatment may drastically decrease the degree of symptoms of dyslexia.

As to dysgraphia, it is is a deficiency in the ability to write. It is a transcription disability, when a person affected can’t write, can’t remember orthography, and so on. This disability often overlaps with other learning disabilities such as speech impairment or attention deficit disorder.

Dysgraphia does not affect all fine motor skills in the affected person, as people with dysgraphia usually have difficulty with handwriting and spelling, but otherwise they live and behave as people without this disorder (but they can experience writing fatigue as a result of their disability). These people lack basic grammar and spelling skills, and they can’t formulate their thoughts on paper.

Dysgraphia is usually discovered when the child is  introduced to writing, but it regularly emerges in adults or teenagers.

Another disorder, agraphia, can be seen as a particular case of dysgraphia. Agraphia is dysgraphis as a result of brain injury, stroke, or another illness. 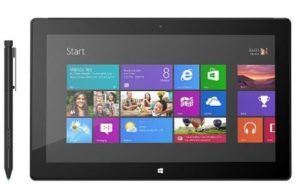