Surface Remix Project Cover or ‘blade’ is an accessory for Windows Surface 2 and Windows Surface Pro 2 hybrid tablets. The keyboard is pressure sensitive with soft touch keys and a magnetic docking connection to attach it to the tablet. The outer side of the cover is soft and shaggy. There’s no QWERTY keyboard, just DJ tools such as equalizer, instrumental numeric buttons, sound control buttons and a menu button. The DJ keyboard demands a Music Kit soft to run with.

In fact, Microsoft seems to be getting serious about its Surface tablets with a few new cover attachments, and the Surface Remix Project Cover is supposed to emulate a physical DJ tool with buttons, sliders, and keys.

Right now Surface Remix Project Cover is unavailable. Though, Microsoft did make an ad with Joe Hahn of “Linking Park” and sent out a number of these ‘blades’ to some IT bloggers for reviews.

Microsoft Corporation introduced the idea the Surface Remix Cover Project at the company’s event in New York City. The project is in fact part modified Touch Cover and part Garage Band-style DJ app. It’s a simple to tool to play with, letting the user create his or her own customizable controller, chop up music in MP3 format, or spin to the user’s preferable content.

The Remix Project Cover is really impressive, with its sixteen numbered buttons, three sliders, and eight keys for volume and control. The buttons work fast and and they are responsive, even as the user slides up and down on the sliders. Part of that is due to the Surface computer attached to the cover (the Cover works with the Surface 2, Surface Pro and Surface Pro 2. However it can’t work with Surface RT).

Microsoft won’t say when the Remix Project will be on sale, or how much it’ll cost. The company plans to see how the response and feedback is before the product becomes widely available.

At first many thought the project was more of an entertainment app intended for home users, but Microsoft started reportedly seeding this feature to professional DJs for beta testing, so the company might mean business.

Microsoft has also revealed the Music Cover to go along the Surface Remix Project. The Music Cover, as you might expect from its name, comes with pressure-sensitive buttons that allow budding DJ’s to craft and fine tune their next remix. The Music Cover has sixteen programmable pads for easy access to instruments and sounds, while there are pause / play. It also has slider controls to adjust the volume and tailor transitions to the user’s liking. Just like the regular typing cover, it’s backlit, so the user will be able to mix on the fly at any late-night sonic soiree. However, there is one problem that can’t be solved without purchasing a new computer: the Music Cover only works with the Surface 2, Surface Pro and Surface Pro 2. That means that original RT owners need not apply 22 for Music Cover.

One of the world’s most valuable companies, Microsoft Corporation is an American multinational technology company headquartered in Redmond, Washington, that develops, manufactures, licenses, supports and sells computer software, consumer electronics, personal computers and services. The company was founded by Paul Allen and Bill Gates on April 4, 1975. It developed MS-DOS in the mid-1980s, followed by Microsoft Windows. Today Microsoft Corporation is market-dominant in the IBM PC-compatible operating system market and the office software suite market. The company also produces a wide range of other software for desktops and servers, and is active in areas including Internet search (with Bing), the video game industry (with the Xbox, Xbox 360 and Xbox One consoles), the digital services market (through MSN), and mobile phones, where Microsof re-entered the smartphone hardware market. 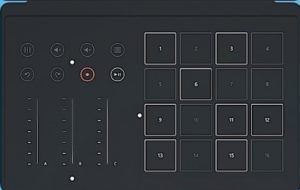