The iPad 2nd Generation wasn’t as thick as the iPad 1. In fact it was 15% lighter and 33% thinner than the predecessor. The new device had faster processor. Its front-facing VGA and 720p rear-facing cameras were designed for FaceTime videophone calling. Just like the original iPad, the iPad 2 is a tablet computer designed for browsing the web, taking photos, reading and sending e-mail, watching videos, listening to music, playing games and much more.

Compared to the previous iPad model, the second version in the Apple iPad line gained a faster dual core A5 processor and a lighter build structure. The iPad 2nd device was also the first iPad to feature VGA front-facing and 720p rear-facing cameras designed for FaceTime video calling. This iPad was available initially with either 16, 32 or 64 GB, as well as with two varying connectivity options, Wi-Fi only or Wi-Fi and cellular. Each variation was available with either a black or white front glass panel.

Updating iPad 2nd gen manually: If you have not enough space to update your iPad over the air, you can either update using iTunes or delete content manually. Whether you use iTunes or update wirelessly, you’ll have the same amount of free space on your device after the update. If you can’t update wirelessly, or if you want to update with iTunes, do the following: Install the latest version of iTunes on your computer. Then plug in your iPad to your computer. Next, in iTunes, select your device. In the Summary pane, click Check for Update. Click Download and Update. If you don’t have enough free space to update using iTunes, delete some content manually from your iPad. 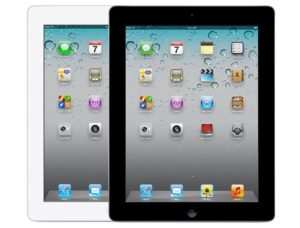