iPad is a line of tablet computers designed by Apple Inc. and based on the OS. The user interface of Apple iPad is built around the multitouch screen with a virtual keyboard. The device also inclued built-in Wi-Fi. Some models have cellular connectivity. All models have Internet functions, they shoot video, take photos, play music and perform other functions, such as play games, use GPS navigation, social networking, and so on. Many applications are included with iPad, such as Safari, Mail, iBooks, Photos, Video, iPod and iTunes features, App Store, Maps, Notes, Calendar, Contacts and more. Some of these apps are iPad versions of applications developed for the Apple iPhone and Apple Mac. Six versions of the iPad have been launched by Apple Inc since 2010, when the iPad was announced on January 27 by Steve Jobs at an Apple press conference at the Yerba Buena Center for the Arts in San Francisco.

Video uploaded by EverythingApplePro on April 4, 2017 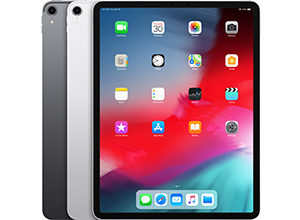