Apple MacBook – line of notebook computers manufactured by Apple. Here you will find all information about MacBook: models, specifications and more – everything you have always wanted to ask and learn about.

Here are a few tips to help you identify your MacBook. You can locate the serial number, model identifier, and part number on the device’s surface. Besides, on almost all versions of this computer you will find this information in the About this Mac window. If you have the original box of your MacBook, you can find the information on the packaging. If you purchased the device in Apple store or at an authorized third-party retailer, the serial number will appear on the invoice or receipt. END_OF_DOCUMENT_TOKEN_TO_BE_REPLACED

The MacBook Pro 15,2 (13-inch, 2019) was introduced in the end of May 2019. With no increase in its price, the 13-inch models available at $1,799 respectively, the upgraded MacBook Pro offers a variety of new features, those including Touch ID, upgraded RAM, keyboard advances and others. END_OF_DOCUMENT_TOKEN_TO_BE_REPLACED

The MacBook Air 8,2 (13-Inch, 2019) announcement marks the first update to this particular line of computers to have been made since the fall 2018 release of the more compact MacBook air with improved display functions, a more expansive trackpad and innovative features, such as Touch ID. The starting price of the MacBook Air appearing at $1,099 – a $100 cheaper than the 2018 model – makes it the most affordable MacBook at the time of its release. This introduction does, however, eliminate the previously available $949 MacBook air, making it now impossible to purchase any MacBook Air for under $1000. END_OF_DOCUMENT_TOKEN_TO_BE_REPLACED

The MacBook Pro 15,1 (15-inch, Mid 2018) was first introduced on July 12. Powered by a brand new 8th generation “Coffee Lake” 2.2GHz Intel Core i7 processor, presented just a few months prior to the MacBook’s release, the laptop is configured with six independent processor cores on a single silicon chip. Like its predecessor, the 2018 version is equipped with a butterfly mechanism keyboard together with the touch-sensitive “Touch Bar” adaptable to various applications. The MacBook Pro 15,1 (15-inch, Mid 2018) features a 15-inch Retina display with the resolution of 2880x1800px at 220ppi. The newly introduced MacBook offers twice as much RAM as its predecessor, with its 32GB of RAM built-to-order option (the standard standing at 16GB). END_OF_DOCUMENT_TOKEN_TO_BE_REPLACED

The MacBook 10,1 (12-inch, Mid 2017) was introduced on June 5, 2017. At the starting price of $1299, the MacBook offers a 1.2GHz Kaby Lake Core m3 processor with Turbo Boost up to 3.0GHz, 8GB RAM, 256GB storage and the Intel HD Graphics 615 processor. The 2017 model features a more compact design and a high-resolution Retina display, being the only MacBook to offer a choice of four iPhone-like finishes of Space Grey, Gold, Rose Gold and Silver. The combination of faster hardware and the laptop’s refreshed design and low weight sets it further aside from its predecessors. END_OF_DOCUMENT_TOKEN_TO_BE_REPLACED

The upgraded MacBook Air 8,1 (13-inch, Late 2018) was the centerpiece of the Apple October event. Amazing as it is, the laptop is hard to place among others Mac computers. Previous MacBooks Air 13-inch were cheap and featured outdated displays, but sported a full stack of ports. When it came to higher performance and sharper screens, the compact MacBooks with the Type-C and the Retina matrix was everyone’s favorite. But this year upgrade of the Air lineup pulled the plug on them.
END_OF_DOCUMENT_TOKEN_TO_BE_REPLACED

In this article we will help you determine the correct MacBook Pro model numbers of any MacBook Pro you may have. The very first MacBook Pro was released on January 20, 2006, and it was a 15-inch model. Later on April 24, 2006 a 17-inch model was released. It was later announced on June 8, 2009, that the 13-inch unibody MacBook would be upgraded and re-branded as the MacBook Pro. It wasn’t until June 11, 2012 that Apple released the third generation of the MacBook Pro. This model was marketed as the “Macbook Pro with Retina Display”. It was marketed this way to help differentiate it from the previous model. The fourth generation followed the design of the previous generations and has an all-metal unibody enclosure and separated black keys. Additional design changes to this generation include a thinner chassis, thinner screen bezel, larger trackpad, the OLED Touch Bar, and a shallower butterfly mechanism keyboard with less key separation than the previous models. END_OF_DOCUMENT_TOKEN_TO_BE_REPLACED

In this article we will help you determine the correct MacBook Air model numbers of any MacBook you may have. The very first MacBook Air was released on January 15, 2008, and it was a 13-inch model. Later on October 10 ,2010 an 11-inch model was released. This new model was offered at a lower price, less weight, longer battery life and better overall performance compared to the previous 12-inch model. END_OF_DOCUMENT_TOKEN_TO_BE_REPLACED

In this article we will help you through the process of locating the correct MacBook model numbers of your device. The very first MacBook was released on June 28, 2006. This whole line of computers kept being released between May 2006 and February 2012, and was later relaunched in March 2015. This time it was renamed MacBook Retina. This new relaunched series has a high-resolution Retina Display, a redesigned keyboard, a Force Touch trackpad and many more amazing features. END_OF_DOCUMENT_TOKEN_TO_BE_REPLACED

MacBook Pro 1,1 is the line of laptops, designed and manufactured by Apple. Introduced on January 10, 2006, it has been manufactured till late 2008, with three updates arriving during the time, as well as one addition. The first version of this model was mostly a carryover from the PowerBook G4, but Apple used Intel Core CPUs instead of PowerPC G4 chips. It came with ExpressCard/34 slots. The first generation 15-inch models had two USB 2.0 ports and one FireWire 400 port. END_OF_DOCUMENT_TOKEN_TO_BE_REPLACED

END_OF_DOCUMENT_TOKEN_TO_BE_REPLACED

MacBook Air 7,2 (13-inch, Mid 2017) is designed entirely around SSD storage. This solution makes this model much lighter and more portable than traditional notebooks, it also provides faster access to data. This model is equipped with the fifth-generation Intel Core i5 and i7 processors with Intel HD Graphics 6000, and as Apple claims, “from editing photos to browsing the web, everything happens ultrafast”. It also comes equipped with two USB 3 ports, so you can connect the latest USB 3 devices and all your USB 2 devices as well. With just a few connections, this notebook transforms from an ultraportable notebook to a complete workstation.
END_OF_DOCUMENT_TOKEN_TO_BE_REPLACED

MacBook Air 3,2 (13-inch, Late 2010) is the subnotebook engineered, designed and manufactured by Apple. It is the compromise between MacBook Pro and MacBook Retina and the top model of the 2010 line-up of MacBooks Air. MacBook Air 3,2 is the blade-thin machined aluminum case with a full-size non-backlit keyboard, 13.3-inches widescreen TFT LED backlit active-matrix display and flash storage drive.
END_OF_DOCUMENT_TOKEN_TO_BE_REPLACED 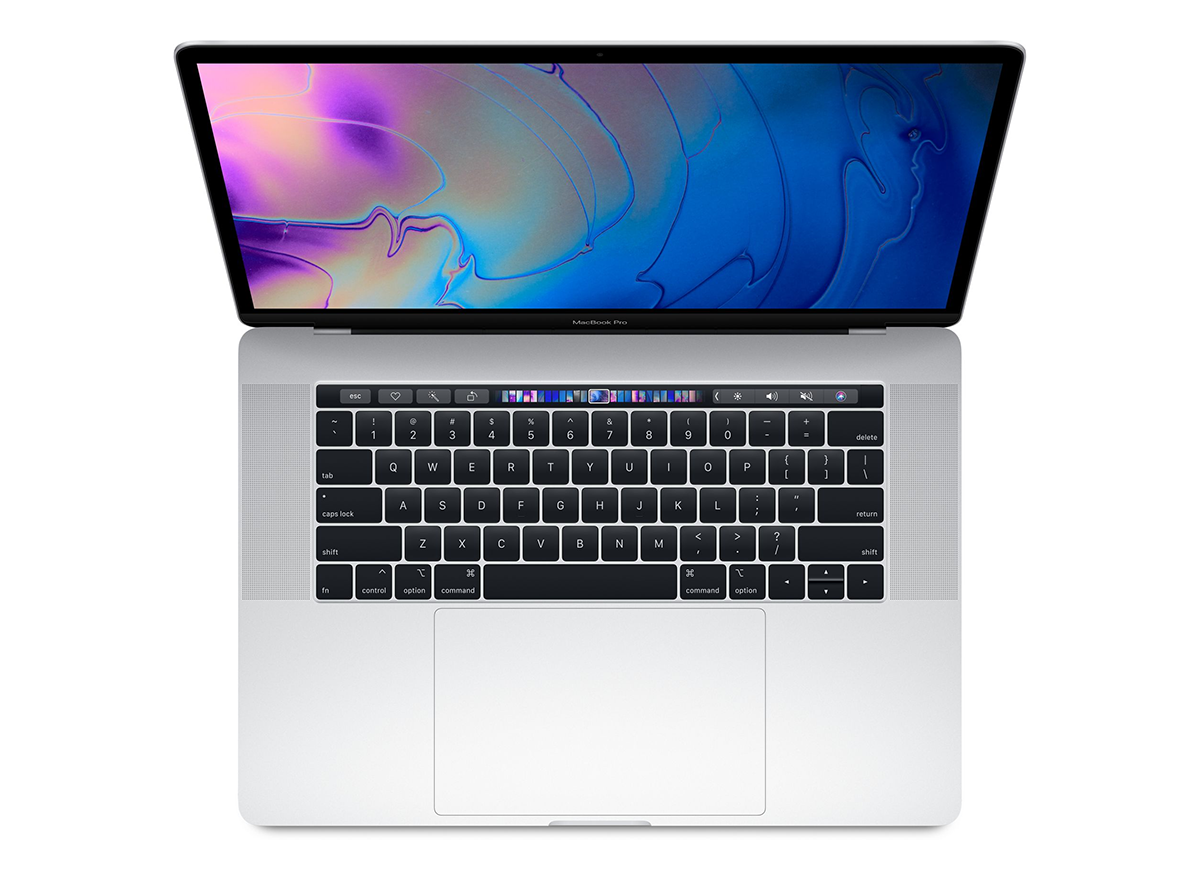