Apple’s well-known feature, Siri, enables you to interact with Apple Watch by giving commands using your voice. Among its features, it is now possible to use Siri both for dictation or for taking actions. Users can create reminders of things they must do; such as set, change, delete alarms, send text messages, display the schedule for a particular day, place phone calls, or even get directions to where ever the user wants to go.

You can also ask Siri many other questions. For example, she can show you what stars are above your head, you can look up movie show times and much more by using her capabilities. You can find movie reviews, locate a wide range of reference information, retrieve the latest prices for stocks, get sports scores, players names and positions and so much more.

How to Take Actions with Siri

How to Create Reminders Using Siri

It is not only possible, but extremely convenient to create reminders with Siri for tasks the user has to complete: Activate Siri and say “Remind me”. The expression must be followed by the details of the task the user assigns. For example : Remind me to fill in the form on iGotOffer Website to sell my old Mac today for top dollar at 3 PM. Then check the reminder that Siri displays. Tap OK if everything is in order.

How to Set and Change Alarms Using Siri

Siri can help you to set, change and delete alarms. If you want Siri to perform one of these actions, activate Siri, and then give commands such as these:

Users can send messages to specific phone numbers, or to their contacts by simply using the Siri features. In fact, Siri is impressively flexible in interpreting the input correctly. All you need is an underline command structure by a command for sending a message, such as “tell”, “text”, “reply to”. The message must be followed by the recipient of the message, such as “iGotOffer phone”, followed by a command indicating the start of a message (typically “message”). Here’s how you do it:t.

To give an example:

How to Show Schedule for a Day

Users can make Siri show their schedule for a day. To make Siri perform this action, activate Siri and give commands like these:

How to Place a Phone Call with Siri

It is also possible to have Siri place a phone call. For this, activate Siri and give her commands like this:

How to Get Directions Using Siri

Users can ask Siri for directions, or ask her how to get to the places where they want to go. Siri will display maps for you. Activate Siri and give her commands as these:

How to Find a Movie

Siri will help you to find where a movie is playing and other information about it. Just activate Siri and give her commands as these:

You can use Siri to search for information online by using different sources, such as Wikipedia or the Wolfram Alpha computational knowledge engine. Just say Wikipedia or Wolfram to indicate Siri your choice of source. Activate Siri and give her commands as these:

How to Check Stock Prices

Users can ask Siri to check stock prices. To do this, activate Siri and give her commands as these:

How to Search for Images on Bing

Because Siri uses Bing to locate images, it is perfectly possible to get Siri to search for images online. So, you can activate Siri and give her commands such as these:

Get Sport Scores and Details

Siri can give you sports scores and other info about sports; such as team rosters or game schedules. Just activate Siri and give her commands as these: 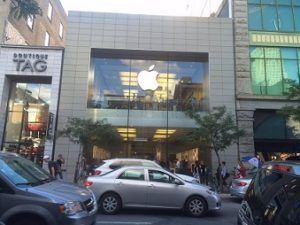