Apple started manufacturing its monitors in 1980. Since then, four generations of CRT displays have been introduced, as well as Apple LCDs, which started with the Apple Flat Panel display. Portable displays followed, and at the end of the 20th century, external displays and the first desktop flat-panel display were launched. The Apple Cinema Display, whose first version appeared on the market in August 1999, marked a new era of Apple monitors. Today, Apple Thunderbolt models are the only Apple external displays marketed by the company. 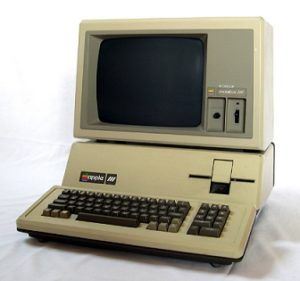