Renamed to Apple Color Composite Monitor IIc it was capable of supporting the maximum Apple II Double Hi-Res standard of 560 x 192. It had two modes of operation – text and color-adjusting. The c in the name of Apple IIc stood for compact. 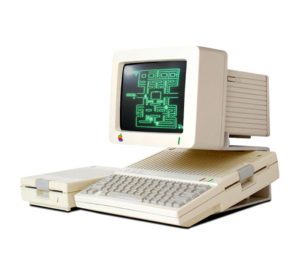