The Apple IIe (also known as Apple ][e or as Apple //e) was one of the most successful Apple computers ever. This model was based on the 6502 processor, which could run at 1.02 MHz and came with 64K of RAM and 16 or 32K ROM. The Apple IIe worked on BASIC, an assembly language interface, as well as on several other hard-coded options. The company used the name Apple //e from 1984, coinciding with the release of the Apple //c model.

In March 1985 Apple introduced the Enhanced Apple IIe. The enhanced model was identical in every aspect to the original Apple IIe with a few improvements (see below).

In January 1987 the Platinum Apple IIe was released. Changes in this version were though cosmetic and superficial. The biggest difference consisted in the case color. Indeed the color was changed from beige to the then standard platinum/grey color. A numeric keypad was now built-in, besides the main keyboard had the same layout as the Apple IIgs and Macintosh SE (see also below). 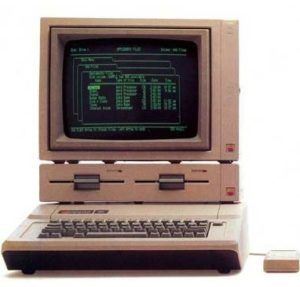