Main Site → About Apple → History of Apple → Apple II Plus

Apple II Plus (known also as Apple ][ +) is a computer from the Pre-Macintosh family of Apple Computers. This model was an updated version of the Apple II and came with 48K RAM, as well as a new auto-start ROM for easier start-up and screen editing. Altogether, except for improved graphics, disk-booting support in the ROM, and the removal of the 2k 6502 assembler/disassembler to make room for the floating point BASIC, the Apple II+ was otherwise identical to the original Apple II model.

Terminated: December 1982, replaced by Apppe IIe. Apple ended the production of the Europlus in 1983.

Apple II Plus Computer Inside (1979). Video uploaded by Cochise Timothy Taylor on February 14, 2015 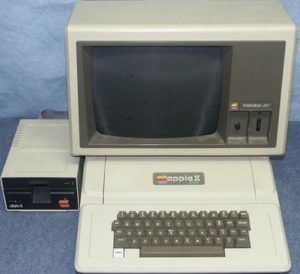