Source of the photograph: http://www.vintage-computer.com

Franklin Computer Corporation is an American consumer electronics manufacturer (today known as Franklin Electronic Publishers) based in Burlington, New Jersey. The company was founded in 1981. Since the mid-1980s it has created and sold hand-held electronic references, such as spelling correctors, dictionaries, translation devices, medical references and Bibles. It was publicly traded on the American Stock Exchange under the symbol FEP until September 30, 2009 when it merged with Saunders Acquisition Corporation.

Franklin Computer Corporation was a manufacturer of clones of the Apple II series computer, which it first marketed in 1982, when it released the Franklin Ace 100. In March of the same year, the company released the Franklin Ace 1000. Both the models were very close copies of the Apple II and Apple II Plus computers, respectively. The motherboard design is nearly identical and Franklin also copied Apple’s ROMs. In May 1982, Apple Computer sued Franklin for copyright violation. Franklin initially won.

Franklin followed with the Ace 1200, which included two built-in 5¼” floppy drives and a Zilog Z80 processor for CP/M compatibility—a popular third-party option for the Apple II.

In August 1983, a court ruled against Franklin, which had argued that because computer code generally did not exist in printed form, it could not be copyrighted. Franklin freely admitted it had copied Apple’s ROM and operating system code. However, Franklin was able to get an injunction that allowed it to continue marketing its computers. This case had lasting implications, setting precedent for copyright and reverse engineering. The case is still frequently cited.

Starting in October 1985, Franklin released a second-generation line of Apple II clones, consisting of the Ace 2000 (based on the Apple IIe) and Ace 500 (based on the Apple IIc). These included more memory, as well as offering many features unique to the Apple IIe and Apple IIc, all while undercutting Apple’s price. Franklin’s last Apple II clone, the Ace 2200, sported a detached keyboard and dual internal 5.25-inch floppy disk drives. It was released in the 1987–1988 time frame.

Soon after the Ace 2200’s release, Apple was able to force Franklin out of the desktop computer market entirely, including its IBM-compatible PCs. As a result, the only Apple-compatible computer that remained on the market was VTech’s Laser 128. With the loss of its desktop computer business, Franklin concentrated on its handheld line, which it had introduced in 1986.

In 1987, Franklin released the Spelling Ace, which could provide spelling corrections to 80,000 English words based on technology from Proximity Technology. Franklin also released its Language Master device, which included spelling correction, dictionary definitions and a thesaurus. In 1988, Franklin acquired Proximity Technology. In 1989, Franklin released an electronic version of the Bible in the King James, Revised Standard and New International versions. Johnny Cash was a spokesperson for the company, recording Bible passages for their line of electronic Bibles.

In 1995 Franklin launched its Bookman product line, which came with an installed database and included a slot for plugging in a second electronic book. Prices varied depending on the title. Previously, the Digital Book System (DBS) product was a player only, with two slots for electronic book cards. Franklin collaborated with Bien Logic to create educational titles for the Bookman platform. 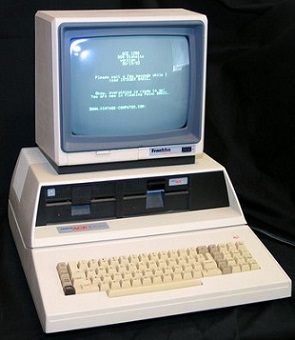