The iPad Pro 9.7-inch (2016) model has some differences compared to the 12.9-inch iPad Pro. Apple marketed this 9.7-inch model as the “ultimate upgrade for existing iPad users” who where interested in advanced content creation and as a “replacement for PC users.” There are two versions of 9.7-inch iPad Pro devices, the Wi-Fi only model and the cellular-equipped version, both featuring a fully-laminated 9.7-inch LED-backlit 2048 x 1536 touch-sensitive “Retina” display with dynamic white balance adjusting “True Tone” technology as well as a fingerprint-resistant, antireflective coating. 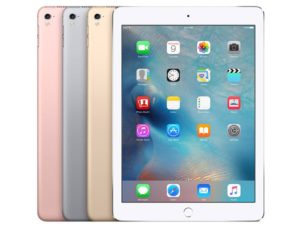