Announced on August 30, 2016, Kaby Lake – the new processor by Intel is now available in stores as both an OEM, or as part of desktop and mobile systems. Let’s look and see what that means for us.

A Glance at Kaby Lake Processor from Behind the Desk

As you may remember from CPU for Dummies, any processor is similar to a large office building packed with hardworking clerks. Now, we all know that large companies often redesign their managing headquarters, or build new, higher towers to intimidate the competitors. They all go big and aspire for more, so to say. But, in the processors’ world, it is the other way around. Processors tend to shrink in size with each new generation that comes out. Naturally, shrinking in size as well as the market, demands architecture changes as well..

So, CPUs are differentiated not only by their architecture, but by the nanometer manufacturing process as well. In other words, how many minuscule transistors and circuits will fit in one square nanometer of the silicon wafer, which we call chip for comfort. So, manufacturers have three options: either to shrink the CPU, but resume the same architecture, to revise the whole architecture completely, in order to better fit the new environment, or both. Coming back to our clerk metaphor, either just move the department into a smaller office and leave the employees to their own devices, help them organize the working environment, or stay in the same office as before but squeeze in some more desks and, perhaps a printer for good measure.

Here is where the Intel’s tick-tock principle comes in. Every “tick” represents a shrinking of the process technology from the previous microarchitecture, (sometimes introducing new instructions, as with Broadwell, late 2014) while every “tock” stands for a new microarchitecture. Tick or tock is expected to come about every 18 months. Now, you see, why your desktops and mobiles become obsolete so quickly!

In the year 2016 however, Intel broke the tick-tock routine. The 10 nanometer Cannonlake was to supposed to succeed the 14 nanometer Skylake, but it never happened. Intel officially announced on July 16, 2015, that Cannonlake has been delayed until the second half of 2017. Instead, Kaby Lake, developed by the same Israeli team from Haifa, arrived..

Kaby Lake is the optimized step of the newer “process-architecture-optimization” model. It features the same CPU core and performance per MHz as Skylake. Yet, it features smoother and quicker performance due to the following specific features: (my comments come in brackets):

But, there is a big fat fly in the ointment. Though Kaby Lake CPUs are fully compatible with most existing x86/x86-64 operating systems, older versions of Windows are not supported. For those of us who still run on Windows 8.1 or 7 it is just devastating. Windows 10 will from now on be the only supported Microsoft OS. Redmond has officially announced that no drivers will be available for older versions. However, Intel eventually provided drivers such as the HD Graphics 620 driver for Windows 7 and 8 on its download center site. But it does not obliterate the fact that Microsoft is forcing their new OS by hook or by crook.

I love Windows 7 myself. For me, this is an ideal OS. And I have been contemplating an upgrade for my desktop this coming spring. Now, I think, I will stick to Skylake, however much I would love to test out a Kaby. While enthusiasts have managed to overclock the long awaited Kaby Lake up to 7 MHz, some reviewers are more somber about the issue. Minor improvements in the graphics and clock speed departments, according to them, will not make up for the fact that all in all, Kaby is the carbon copy of Skylake.

Now, the Kaby Lake family will have the following models:

As you can well see, the desktop segment omits the medium class CPU. There for, only two options: top-end and low-end. While for mobile systems, it is more cheerful. The problem is, the CPU options for advanced users and home upgrade fans, have shrunk significantly. Mobile CPUs are available as part of already manufactured mobile devices. And we all know how upgrade unfriendly modern laptops are, let alone tablets..

Is it worth upgrading your desk system to Kaby Lake or shelling out money for a Kaby Lake powered mobile? My answer is, if you are not a hardware enthusiast or a pro gamer, save your money for Cannon Lake which is to arrive mid-2017. 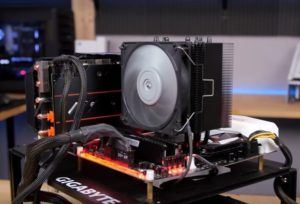