The iPod touch 5th gen with no iSight camera entered the market quietly in 2013. It was the entry level device, shrunk in capacity (down to 16 GB) as well as in functionality. The iPod touch 5th gen lacks a 5-megapixel rear “iSight” camera and an iPod loop. Its’ look is also inconspicuous. The iPod touch of 2013 has a silver aluminum back and a black front. Apart from that and new identifiers the device is identical to other iPods 5th gen. Every iPod touch 5th gen model features a 4″ widescreen multi-touch IPS Retina display (1136 x 640, 326 ppi), Bluetooth 4.0 and 802.11n Wi-Fi embracing both the 2.4 GHz and 5 GHz frequencies. The software has been also enhanced embracing Siri and AirPlay. All those features are backed up by a 1 GHz dual-core A5 processor and 512 MB of RAM. The battery supported 40 hours of music playback and 8 hours of video playback.

Apple iPod Touch 5th Generation Review. Published by 411DESHAWN on September 12, 2014. Enter the brand new Ipod touch 5th generation. It’s slim, light and has amazing battery life. The A5 Chip is not the fastest but it not slow as well. Records in 1080p and overall takes. 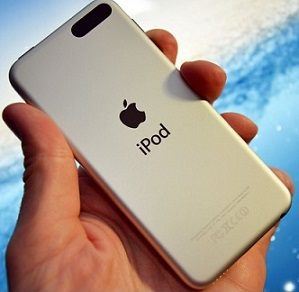