The first new Power Mac model after the release of the iMac, G3 B&W used a totally new design (code name El-Capitan), with the logic board on the folding “door”, which swung down onto the desk for easy access, and borrowed the iMac’s blue-and-white color scheme.

A Tour of the Power Mac G3 (Blue and White) [Video] 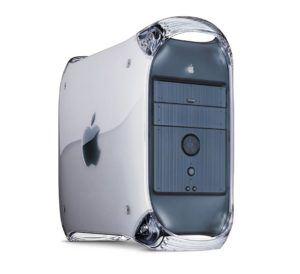