B&W G3: The forth generation of Apple displays was introduced with the Blue & White Power Macintosh G3 desktop or minitower (also known as Blue and White G3 or else B&W G3, Yosemite G3 or Smurf Tower to distinguish the device from original Power Macintosh G3). This computer included the white and blue plastics of the iMac. The faster models used the new copper-based PowerPC G3 CPUs made by IBM, which used about 25% of the power of the Motorola versions clock for clock. 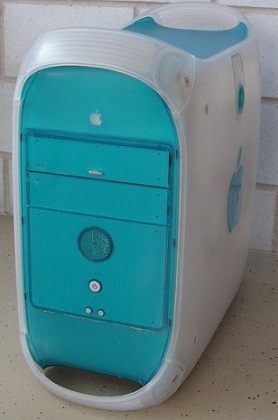