The Apple Watch application on the iPhone enables the user to set the display language for their Apple Watch to any language. It is also possible to choose from a range of region formats. These formats control how the Apple Watch displays information such as the date and time, numbers that involve commas and decimals, as well as currency. The owner can also choose which calendar to use on his or her Apple Watch: Gregorian, Japanese, Buddhist…

Apple Watch: How to Set Language and Region

Important warning about iOS Feature Availability: Some iOS 10 features may not be available in every region or language.

A Few Words about Dictation Features

There is a useful dictation feature that allows you to talk to your iOS device while it converts your words into text. This feature works quite well as long as you’re in a not-too-noisy environment (however you will have to make corrections at times). You can dictate long emails and short text messages. You can even use dictation to enter search terms in Safari or to enter text in text fields on webpages. Here’s how you can use dictation to save a lot of time typing:

Turn on dictation: Go to Settings > General > Siri, and turn Siri on. It must be turned on for speech recognition to work. You can choose which language you’re using, which is useful if you speak with an accent. You can dictate anywhere in iOS where you can enter text, and any time you see the small microphone icon next to the spacebar on the iOS keyboard.

To start dictating, tap anywhere you can type text, and then tap the microphone icon. Whenever you see the microphone icon circled, you have the opportunity to dictate. When you begin talking, you’ll see a feedback pane with a wavering line showing the volume of your speech. Talk into the microphone and do not try to speak very loudly, speak normally. You should keep your iPhone close to your mouth, especially if you’re outdoors.

When you’re finished, tap Done, and then wait for your words to be processed. Keep in mind that it can take a few seconds for the text to appear.

Also note that dictation in noisy environments works much better with an iPhone, because it’s easier to speak close to the microphone, and because your iPhone has a noise-canceling mic, which filters out background noises. You might find that the Apple earbuds that come with the iPhone – which have an inline mic – offer better speech recognition. Third-party headphones with mics will also recognize speech better, as long as you hold them close to your mouth.

Dictation to an iOS device requires that your voice be sent to a server, where it is recognized and transcribed, and then sent back to your iOS device. For this reason, dictating to an iOS device works best when you’re using Wi-Fi. Dictation also works well with a 3G connection, but anything slower can be a problem. 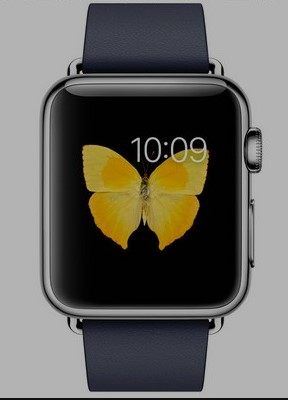