The Apple Cinema Display (20-inch, aluminum) was a great invention in design. Meant to complement the Apple hi-end products, such as the Power Macintosh G5 and PowerBook G4 models by getting an anodized aluminum casing with a slight bezel, and is mounted on an aluminum stand with an adjustable hinge.

The display meets the Electronics Standards Association (VESA) mounting interface standard, and can be mounted on a wall or an articulating arm. It is an active-matrix LCD matte display, with maximum resolution of 1680 x 1050 pixels and has an integrated two port USB hub, two FireWire “400” ports and the industry standard DVI (Digital Video Interface) socket. Thus, the Apple Cinema Display (20-Inch, Aluminum) is compatible not only with a Macintosh, but also with an IBM desktop.

For using the power adapter, Apple suggested the following steps:

Warning: While using the device, use only the power adapter that comes with your display, and use the AC cord that comes with the Apple’s power adapter included in the kit. They stressed that cords and adapters for other electronic devices may look similar, but using them may affect your display’s performance, or even damage the device. The AC power cord for the Cinema display has a three-wire grounding plug that will fit only a grounded AC outlet. In case the user is unable to insert the plug into an outlet because the outlet is not grounded, Apple strongly recommends contacting a licensed electrician to replace the outlet with a properly grounded one. Apple explained that the power adapter for the display is a high-voltage component, and should not be opened for any reason, even when it’s unplugged. 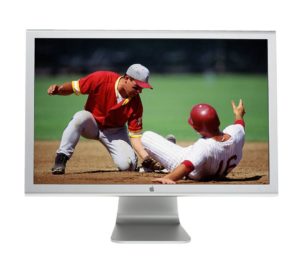