With Apple TV, apps have liberated television, letting users choose precisely what and when they want to watch. Built on a system called tvOS, Apple TV lets users interact with their TV in new ways. In fact, users can just ask Siri to find the TV show or the movie the user is in the mood for and she’ll pull up a list of recommendations. It’s also easy to turn the living room into a classroom, a game room or into a fitness studio, now that the Apple TV gives people access to the most riveting entertainment content; providing extensive catalogs of hit movies, TV shows, original series, professional sports, breaking news, weather, as well as educational programs for kids, music concerts, thousands of free podcasts on almost every topic imaginable.

Original iTV: The original Apple TV was called iTV. Apple previewed it in September of 2006. The company mentioned it again in January of 2007, alongside the original iPhone. Based on a stripped-down version of OS X Tiger and featuring a 40-160GB hard drive, the first version served only to sync the stuff from iTunes on the Apple computer to a common traditional TV. In September of 2010, Apple launched an all-new, second generation Apple TV. Based on iOS, the device went from big to small, and from syncing to streaming. It also maxed out at 720p.

tvOs and watchOS: tvOS and watchOS are based on iOS. Because of this inspiration, they have inherited many of the accessibility features of both iOS as well as macOS. They are compatible with Apple’s entire product line, including the Apple Watch as a remote controller for the Apple TV.

TvOS Helps People with Impaired Vision: tvOS includes the Apple technologies of VoiceOver, Zoom, and Siri to help the blind and those with low vision. VoiceOver, Apple’s screen reader, is available for more than 30 languages and enables visually impaired users to know what is on the visual display and input responses to on-screen prompts. Conveniently, VoiceOver gestures use gestures that Apple users are already familiar with in other Apple Products. Apple designs their products to have a fit and finish consistency across all their product lines, so if you’re familiar with OS X on a Macintosh, then you will understand the watchOS on an Apple Watch, as well as the iOS operating system on iPhones, iPads and iPods.

Updating Software: If you want to make sure that your Apple TV software is up to date, go to Settings > General > Update Software on your Apple TV. You’ll then need to make sure you have an HBO GO account, or an ESPN subscription. Just sign in with your cable provider’s credentials.

Apple TV remote: Many users complained about the Apple TV remote, because the buttons were too close together, making it difficult to input text for searches in Netflix and other on-screen menus. With the version of Apple’s Remote app for iPhone and iPad, users can control their Apple TV over their home’s WiFi network with a higher degree of control. Plus, searching for something is a snap, because the user can type stuff on his or her device’s keyboard. The free app is available for iPhone and iPad.

PlexConnect: For owners of a third generation Apple TV, PlexConnect lets you stream any multimedia file format to your television. There’s also an iPhone and iPad app for greater functionality. You can think of it as AirPlay, but without restrictions. Setup time is quick, and you can read easy to follow directions over at Github.

AirFlick App: This nifty app for Mac lets you push any video or audio file directly to your Apple TV. This app will also transcode non-iTunes files on the fly, so there’s no waiting to watch. It’s a good way to watch different kinds of content on your Apple TV.

Transcoding incompatible files: If you already have videos on your computer that aren’t compatible with iTunes, there are programs you can use to transcode them. iMovie, which is included when you buy a new Mac, is a good start. You can also use QuickTime Pro. HandBrake app works well too.

AirPlay Mirroring: This allows you to take whatever you see on your iPhone, iPad, or Mac and beam it wirelessly over to your TV. It’s worth noting that not all apps are AirPlay compatible, as it is up to the app developers to incorporate AirPlay functionality. But, it can be used to play games, show keynote presentations, or perform product demos on a regular TV.

Apple TV and Old TV Sets: Out of the box, Apple TV will only work with newer televisions that have HDMI ports. If you have an older TV, you can buy an adapter that will allow you to use it with composite cables. Browse around to find the best priced HDMI-Component adapters.

Streaming Music: In addition to streaming your video library, Apple TV also lets you stream music through your television. If you have a home theater system, this is an alternative to the Sonos wireless music system. You can also control your music with the Remote app for iPhone or iPad. To use, enable Home Sharing on both your Apple TV and iTunes on your computer. 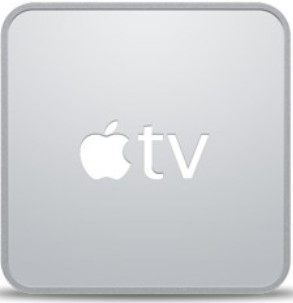