As of this writing, computers are designed for broadband internet. Of course, users can get by with old-fashioned dial-up access if necessary, but everybody loves broadband. Broadband offers three crucial advantages.

Broadband provides a faster connection (higher-bandwidth). A faster connection means webpages load much faster, file downloads happen quicker, and music and videos can be streamed more easily as well. Broadband is much more suitable for setting up a home network and sharing the connection between two or more computers.

The phone lines are freed-up, because broadband lets people make and receive calls while online (even when it works through the phone line). There is one exception to that rule though, as satellite broadband may require an outgoing dial-up connection.

Broadband is always accessible, while with dial-up, each time people connect to the net, they must spend around half a minute actually dialing-up. On the contrary, broadband is always “on” and if your Mac is switched on, you are online if you have access to the Internet.

Neither ADSL, nor cable offer any great advantage over the other. In fact, the main thing to look out for is the speed – generally measured in Mbps and the download allowance, which determines how much you can use before incurring any extra fees.

You can also consider satellite broadband, but it’s not as desirable, because of the higher cost and longer latency (time lags between you clicking and anything actually happening.)

Once you are settled on a connection type, you can select your ISP (short for Internet Service Provider).

Once you’ve picked an ISP and contacted them, they should provide you with everything you need.

ADSL (short for Asymmetric digital subscriber line) is a type of DSL, (short for digital subscriber) a data communications technology. This technology enables faster data transmission over copper telephone lines, rather than what the conventional voice-band modem can provide. ADSL differs from the less common symmetric digital subscriber line (SDSL). In ADSL, Bandwidth and bit rate are said to be asymmetric. This definition means greater toward the customer premises (downstream) than the reverse (upstream). Providers usually market ADSL as a service for consumers who primarily use the internet for downloading content. It’s not typically used when consumers offer content to others.

ADSL works by using the frequency spectrum above the band used by voice telephone calls. With a DSL filter, (usually called a splitter), the frequency bands are isolated; permitting a single telephone line to be used for both ADSL service and telephone calls at the same time. ADSL is generally only installed for short distances from the telephone exchange (typically less than 2 miles), but has been known to exceed 5 miles if the originally laid wire gauge allows for further distribution.

At the telephone exchange, the line generally terminates at a digital subscriber line access multiplexer (DSLAM) where another frequency splitter separates the voice band signal for the conventional phone network. Data carried by the ADSL is typically routed over the telephone company’s data network, and eventually reaches a conventional Internet Protocol network.

There are both technical and marketing reasons why ADSL is, in many places, the most common type offered to home users. On the technical side, there is likely to be more crosstalk from other circuits at the DSLAM end (where the wires from many local loops are close to each other) than at the customer premises. Thus, the upload signal is weakest at the noisiest part of the local loop, while the download signal is strongest at the noisiest part of the local loop. It therefore makes technical sense to have the DSLAM transmit at a higher bit rate than does the modem on the customer end. Since the typical home user in fact does prefer a higher download speed, the telephone companies chose to make a virtue out of necessity, hence ADSL.

The marketing reasons for an asymmetric connection, are that most uses of internet traffic will require less data to be uploaded than downloaded. For example, in normal web browsing, a user will visit a number of web sites and will need to download the data that comprises the web pages from the site, images, text, sound files etc. They will only upload a small amount of data, as the only uploaded data is that used for the purpose of verifying the receipt of the downloaded data or any data inputted by the user into forms etc. This provides a justification for internet service providers to offer a more expensive service, aimed at commercial users who host websites and who therefore need a service which allows for as much data to be uploaded as downloaded. File sharing applications are an obvious exception to this situation. Secondly, internet service providers who are seeking to avoid overloading of their backbone connections, have traditionally tried to limit uses such as file sharing which generate a lot of uploads. 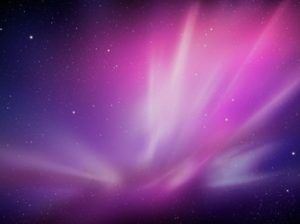