You can use the About feature to see essential information about your Apple Watch. The About screen in the Apple Watch app enables you to see its hardware model number, the hardware serial number, capacity, the amount of space available, how many apps, photos and songs have been installed, as well as the software version. From the About screen, you can change the descriptive name for Apple Watch.

Check the Details on Apple Watch

Discreetly view the time: On the second generation of Apple Watches, if you want to check in on the time without raising your wrist, slowly twist the digital crown upwards and it’ll brighten up the screen gradually to let you peek at it, instead of fully illuminating the watch screen.

Eject water: The second generation of Apple Watch is waterproof. It includes an eject mode which helps to get rid of water lurking inside of it after you’ve gone swimming. If you want to manually use this feature, swipe up from the main home screen to view the Apple Watch Control Center. Look for the water droplet icon and press. You will be prompted to twist the digital crown to eject the water.

Organize the app dock: With the watchOS 3, users can view all currently open apps by pressing the action button. Besides, the user can customize how these open apps are displayed. Once the user has pressed the action button to open up the dock, he (or she) should press and hold on any of the app widgets. Now, the user will be able to drag it up or down in order to arrange the apps.

Taking a screenshot: Both the Apple Watch and the Series 2 can take screenshots. To perform the operation, hold down the digital crown and the action button below it at the same time. When you take a screenshot, images are saved to your camera roll on your iPhone. If your Apple Watch has been upgraded to watchOS 3 though, this feature is no longer set as default. In this case, if you want to enable screenshots, go to the Watch companion app and then go to General. There, you’ll be able to toggle Enable Screenshots on or off.

Unlock Apple Watch from your iPhone: If you didn’t unlock Apple Watch in the initial setup process, you can unlock the Watch and iPhone at the same time without having to hammer in a passcode. To do this, head to the Watch companion app. Once there, you can toggle the Unlock with iPhone feature on or off. You need to be wearing the Watch for this feature to work however.

Scribble a message: Apple decided to move Digital Touch to Messages. If you want to scribble a note to a friend instead of dictating one, or picking one of Apple’s pre-loaded responses, you should scroll down to the bottom of a message thread and hit the Scribble button.

Unlocking Mac from Apple Watch: There is a way that you can use your Apple Watch original and your Apple Watch Series 2 to skip typing in a password on your Mac in order to get access. If you want to pair the two devices together, you should make sure they are both signed into the same iCloud account.

Turn on auto pause during a run: Apple Watch lets you halt run tracking when you get interrupted, or have to stop at a set of traffic lights. You can enable automatic run pausing simply by heading to the Apple Watch app on your iPhone, and going to the My Watch section. Once there, select Workout. Now, you’ll be able to toggle Running Auto Pause on.

Changing text size: If you find yourself constantly squinting at your wrist to read the Watch’s notifications, you can actually change the font size! Go to Settings > Brightness & text size, then configure to what’s comfortable for your eyes.

Ping your iPhone: If you lose your iPhone, you can use your Apple Watch to help you find your beloved smartphone. To perform the action, swipe up to bring up the Control Center. Once there, look for the Ping iPhone button and then tap it, to be happily reunited with your iPhone you mourned the loss of. 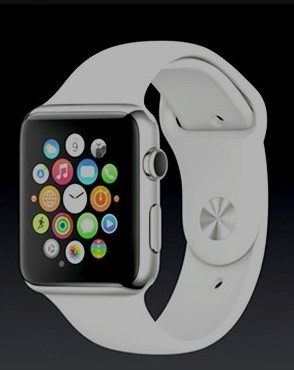