How might the world have changed if the Apple Computer Corporation had actually chose another way of development in the 1970s? As more than one character has said in more than one story, «It just might work». The world might be better today, or it might become the worst place in the Universe, we’ll never know. But one fact is certain, the world would be very different.

1971: Stephen Wozniak is introduced to Steven Jobs by Bill Fernandez. Jobs and Wozniak become friends. They both worked at Hewlett-Packard (HP). « We first met in 1971 during my college years, while he was in high school. A friend said, «you should meet Steve Jobs, because he likes electronics and he also plays pranks » So he introduced us. »iWoz: Computer Geek to Cult Icon: How I Invented the Personal Computer, Co-Founded Apple, and Had Fun Doing It. 2007. by Steve Wozniak and Gina Smith).

1973: Steve Jobs works for arcade game company Atari, Inc. in Los Gatos, California. He was assigned to create a circuit board for the game Breakout. Jobs made a deal with Wozniak to split the fee evenly between them if Wozniak could minimize the number of chips, as Atari paid US$ 100 for each chip eliminated. Wozniak reduced the number of chips by 50, by using RAM for the brick representation. Atari didn’t use the prototype, but paid Jobs the full bonus regardless. However, Steve Jobs told Wozniak that Atari gave them only $700. Wozniak did not learn about the actual $5,000 bonus until ten years later.

1976: Steve Wozniak proposes that Hewlett-Packard create a personal computer, but the company rejects the project. Wozniak and Jobs finish work on a computer circuit board and it call the Apple. On April 1, 1976, Wozniak and Jobs form the Apple Computer Company.

July 1976: The Apple I computer board is sold in kit form. Jobs and Wozniak deliver the device to the buyers at an amazing price of US$666.66.

March 1977: Apple Computer Company moves from Jobs’ garage to an office in Cupertino.

1978: An enhanced Apple II with custom chips, code-named Annie is being developed by Apple Computer.

1978: Apple Computer conceives and designs Lisa, a « supercomputer » with a bit-sliced architecture.

June 1979: Apple Computer Company introduces the Apple II Plus, with 48KB memory. The introductory price is of US$1195.

May 1980: Apple Computer introduces Sara, the new Apple computer which will be known as Apple III. The computer is shipped in limited quantity.

1980: Apple Computer Company works at Diana, which would be released as Apple IIe.

September 1981: Apple Computer Company introduces its first hard drive, the 5MB ProFile, for US$3499 and reintroduces the Apple III computer with improved software and a hard disk.

October 1982: Apple Computer announces that it its the first personal computer company to reach US$1 billion in annual sales.

January 1983: Apple Computer Company unveils the Lisa computer. Its initial price is US$10,000. During its lifetime, 100,000 units are produced.

June 1983: Apple announces that one million units of Apple II computers have been manufactured up to date.

December 1983: Apple Computer introduces the redesigned Apple III as the Apple III+. Its price is established at US$3000.

January 1984: Apple releases a new version of the Lisa 2 computer at the same time as Steve Jobs introduces the Apple Macintosh.

May 1984: Apple announces that 70,000 Macintosh have been shipped in the first 100 days since the release of this computer.

November 1984: Apple Computer Company announces that two million Apple II computers have been sold up to the date. 250,000 Macintosh system also have been sold.

1986: Apple makes a deal to sell discounted Macintosh computers to Dynamac for conversion.

January 1986: Apple Computer introduces the Macintosh Plus system priced at US$2600.

1988: Colby Systems, which had previously produced their Macintosh-compatible laptops on a trade-in basis, begins selling them to Apple dealers who would then fit motherboards from their spare stock.

September 1988: Apple Computer introduces the Apple IIc Plus for the price of US$1100 and the Macintosh IIx computer, with base price at US$7770. 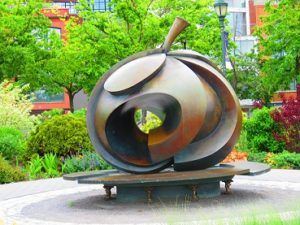