Siri works as an intelligent personal assistant and knowledge navigator. Being part of Apple’s OS, Siri uses a natural language user interface to answer questions, make recommendations, and perform actions by delegating requests to a set of Web services. It adapts to the user’s individual language usage and individual preferences with continuing use, and returns individualized results.

How do I talk to Siri?

Answer: To ask something, hold down the Home button on your device or say Hey Siri. The Allow Hey Siri feature must be enabled to use this function. After two beeps, you’ll see What can I help you with? on the screen. Now you can talk to Siri. While you are speaking with Siri, you’ll see the microphone icon light up. That means that Siri hears you talking. Tap the microphone icon when you resume talking to Siri. If you’re using headphones with a remote and microphone, press and hold the center button to talk to Siri. To bring up Siri with a Bluetooth headset, press and hold the call button. Siri turns off when she (he, it) feels you’ve finished, but you can tap the microphone icon to tell Siri the conversation is over. This function may be useful when there’s a lot of background noise.

When was Siri born?

Answer: Siri was originally introduced as an iOS application available in the App Store by Siri Inc. This program was acquired by Apple on April 28, 2010. At first, Siri, Inc. promised that the software would be available for BlackBerry and for phones running Android. However, the development efforts for non-Apple platforms were cancelled after the acquisition by Apple. Siri was introduced as a feature of the iPhone 4S on October 14, 2011. Many additions and modifications were released since that moment, for example, dictation powered by Siri was added to the third generation iPad (iOS 5.1.1) in May 2012, the full support was added with the release of iOS 6, and Siri was included on all mobile Apple hardware manufactured starting in October 2012.

Does Siri speak with the same voice in all the English speaking countries?

Answer: No, there are several accent and gender combinations for the voice of Siri, including male voice in some countries.

Should I Connect My iPad or iPhone to the Internet If I Want to Use Siri?

Answer: Yes, your device has to be connected to the Internet for Siri to work (as well as for dictation). In fact, the words you speak are sent over the Internet and then transcribed into text. Then the text is sent back to your device. If the iPhone or iPad are not connected to the network via Wi-Fi or a cellular network, Siri will report that it can’t complete the task.

Siri Doesn’t Want to Quit Listen Mode, what to do?

Answer: If you have finished speaking, but Siri doesn’t automatically finish quit Listen mode, tap the oscillating like at the bottom of the screen. If you tap that line, it will stop listen mode. Siri will start to process your request. Note that if you are talking to Siri in a noisy environment, the system may not discern the sound of your speech from the ambient background noise.

Siri Can’t Understand My Commands, what should I do?

Answer: If you are having trouble, try to speak a bit more slowly. Make sure that you firmly enunciate and end the words. Try to make pauses between words, otherwise Siri might run them together and change their sense. However don’t pause too long between words or sentences, because Siri interprets pauses of a certain length as a signal that you are done speaking. She’ll go then to a processing mode.

Why Does Siri Perform a Web Search?

Answer: If you ask a general question or if she simply doesn’t understand what you want, she’ll perform a web search. That’s she takes what she thinks you are looking for, and then does a search. You’ll see the results page for the search Siri performed. You may have to manually open and read the results. Siri can also read the results to you.

What Happens After I Asked Siri Anything?

Answer: When you are done speaking, Siri displays the text of what she thinks you said. Then Siri provides a response. If Siri needs more information to complete a request, she (we always refer to Siri as a nice lady!) will ask you a question. When you use earphones or a headset, Siri reads back messages that you’ve dictated before you send them, and it reads back the subjects of reminders before you create them. This is helpful when you can’t see the screen (while driving, for example).

Do I Have to Say Things a Certain Way to Get Siri to Respond?

Answer: Just speak to Siri as you would to a person. Speak naturally. If you want to know where you should sell your old gadget, simply say “What it the best place to sell my used electronics?” Or “Where can I get top dollar for my old device?” Or even “Can I get money for my old iPhone or iPad?” No matter how you ask, Siri will have the answer.

Does Siri Work Out of the Box?

Answer: Yes, Siri works right out of the box, so yo don’t have to teach Siri how to react. The more you use Siri, the better this nice lady understands you. Siri learns about your accent and other characteristics, as the system uses voice recognition algorithms. As more people use Siri and it’s exposed to more variations of a language, the overall recognition of dialects and accents will continue to improve, and Siri works even better. Siri also uses information from your contacts, music library, calendars, and reminders to better understand what you say. So it responds more accurately when you ask to make a phone call, play music, or create an appointment or reminder.  You can always reset what Siri has learned about your voice by turning Siri off and then back on in Settings > General > Siri.

How Does Siri Learn Who I am?

Answer: When Siri learns more about you, she uses this information to help you. For example, you can get help in questions like “How do I get home from this place?” or “Where can I eat now for a moderate price?”To make sure Siri knows who you are, select your contact information in Settings > General > Siri > My Info. Siri also learns about the key people in your life. The first time you ask Siri to call iGotOffer.com as the best place to sell your used gadget, she will ask you about its phone number. That information is stored in Contacts along with other relationship information like “mom,” “dad,” and “cute neighbor” and so on.

How Does Siri Use Location-Based Reminders?

Answer: Siri knows your current location and other locations like “home” and “work”. Thus Siri can remind you to do a certain task when you leave a location or arrive at a location. For example, when you tell Siri,”Remind me to call iGotOffer when I leave the office,” Siri reminds you to do that. You can however turn off the ability for Siri to use your location. To turn off this function, go to Settings > Privacy > Location Services. Once there set Siri to Off. Regardless of how Locations Services is set for Siri, information about your location is not tracked or stored outside the phone.

Is Siri Accessible to Blind or Visually Impaired Persons?

Answer: Yes. VoiceOver, the screen reader built into iOS, can speak any text that’s displayed in responses from Siri. You can navigate through the responses and have each one read to you, including weather forecast, text of an email, details of an answer from Wolfram|Alpha, and more.

Answer: Ask us in comments, we’ll gladly answer as soon as we have the right answer.

Switching to a new device? Trade in your device for fast cash at iGotOffer.com. We pay the best price online for the secondhand gadget and any other electronic device for this matter. Free instant quote, free fully insured shipping, fast and secure payment: Sell iPhone online for top price. Check our prices, we pay more than our competition.

Meet the real woman behind the voice of Siri. Video published by CNN on October 4, 2013. Susan Bennett reveals to the world that she’s the voice behind Siri. 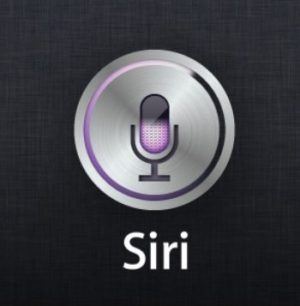