Siri is a voice-controlled personal assistant which provides an intuitive way to get tasks done on your Apple device. You do not have to open an app to activate Siri, as it can be controlled simply by your voice. As you may know, you can use Siri for everything from setting reminders and alarms, to placing phone calls, taking notes, dictating messages and more.

Siri listens to your voice input through the device’s built-in or headset microphone, and then runs the input through servers in Apple’s heavy-duty data center to figure out how to respond. Depending on what Siri gets back from the servers, it either shows the user the request as it has understood it and asks for confirmation, or asks you to rephrase a request if it has not been able to interpret it. For some tasks, Siri can easily determine what you have requested. If the request is easy to understand and harmless, Siri will perform the action without asking for confirmation.

But should you worry about your privacy when using Siri? In fact, the way this feature works means that using Siri gives Apple a lot of data about the user, such as the user’s regular activity.

As your personal digital assistant passes through the servers in Apple’s data center (located in North Carolina, by the way) for processing, Apple gets information about your device, such as its location and information about you, your contacts, your relationship with them, and more. All the data collected helps the Siri service interpret the instructions you give this assistant. For example, if a contact named Angelina Jolie is your wife, the service retains that information and passes it through the Apple server. The next time you ask Siri to call your wife, it will find Angelina’s number and call her.

However, you can turn off the service and not use Siri at all, or disable part of it. For example, you can disable Location Services for Siri if you prefer to hide it from Apple’s servers. If you disable Location Services, Siri will not respond helpfully to requests such as “find the nearest bistro”, but the assistant will still find local information if you tell Siri where you are.

Even when you have turned off Siri, Apple will retain your Siri commands so that it can use them to try to improve the service. However, according to Apple, it disassociates this data from you, so it should not be able to come back to haunt you. But, given that the iPhone in your pocket is tracking your approximate location at all times so that you can make and take calls and shunt data back and forth, the extra information that Siri gathers about you is nothing to worry about.

If you are concerned about your data footprint, make sure that the Siri switch on your iPhone is set to the Off position, and then tap the Disable Siri button in the dialogue box that appears. The Siri feature will then be turned off altogether.

Note that by default, you can launch Siri from the Lock screen by pressing and holding the Home button, or the clicker button on the headset, for a couple of seconds. It this does not work, it means that Siri has been disabled from the Lock screen as a security precaution, and thus you will have to re-enable it.

Finally, concerns about your privacy while using Siri are often unwarranted, as law enforcement may be able to gather data about you from your carrier, your ISP (short for Internet service provider), or from Apple by using legal tools. For example, the FBI can use a National Security Letter to request information from your carrier or ISP.

How your privacy is affected by digital assistants [Video] 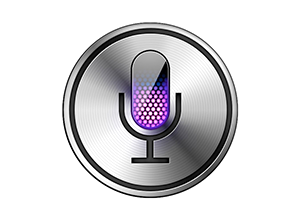