Apple is the world’s largest IT company (may be, the largest company in the Universe, but we are not sure about Klingons) by revenue and total assets. Curiously enough, Ronald Gerald Wayne Apple’s co-founder sold all his shares for $800, but it happens… So let’s take a look at some of the most incredible and amazing facts about this great company.

Is Mac Difficult to Get To?

Answer: In fact, the transition from the PC to Mac is relatively painless. Much of the applications don’t vary significantly. Some keyboard combinations may be confusing, but you’ll get familiar with them really fast. However, if it took you years to master your PC, it may be a problem to get used to working on a Mac.

Answer: Mac is a personal computer produced by Apple, which have been around since the early 1980s. These Apple computers are aimed at both the consumer and professional markets, and they come in various sizes and shapes. But despite their varied portability, all the Macs run the software operating system known an OS X (where X is a current version of OS). An OS is the software that acts as a bridge between the hardware, the applications and the user. On current Macs, the operating system is thus OS X, while on PC’s, it’s Windows, Linux or other systems..

Answer: Every computer has an operating system or OS. The operating system is responsible for controlling physical hardware of the computer. All other programs run with the OS, which are in turn bundled today with a wide range of extra programs The current OS is OS X. It was released in 2001, replacing OS 9. As it is based on another OS, called UNIX, it ends with X, following the long tradition of UNIX-based systems ending in X. Technically, today’s OS X can be installed on a PC, but Apple refuses to allow it to be installed on any computer which is not a Mac.

What Is the Difference Between a Mac and a PC?

Answer: PC stands for Personal Computer. As a Mac is also a personal computer, it can be considered a kind of PC, but in the real world, the term PC means and refers to a particular type of computer, which is not an Apple’s Mac! PCs, unlike Macs, are made by countless different companies all over the world. Besides, anyone can purchase components and build its own PC.

Which Is Better, Mac or PC?

Answer: Macs are more expensive, if we are taking about computers with similar technical specifications. This difference is partly due to Apple’s high-quality components. Since the core hardware and software components are designed by the same company, the whole package just works, and users are far less likely to turn into hardware conflicts or inexplicable conflicts. There are also aesthetics to consider, as Apple’s products are much pleasant to look. Both, Macs and PCs, have their die-hard devotees, but both camps make some fair points.

Which Is Better, Windows or OS X?

Answer: Nobody knows. Both systems are stable, and both have many useful features. So, the answer may depend on your personal preferences. However, many users who have worked using both systems, say that Mac OS X feels, say, more intuitive and flexible. But, let’s repeat, both systems have evolved and improved, and the competition isn’t going to end in the near future. Anyway, many sources examine and rate every element of the two operating systems.

Will My Apps Work On a Mac? Will My Documents Open?

Answer: Today, compatibility is not an issue for the average user. Most photos, documents, emails and so on will open easily on both systems. Some files may require to install an additional software. Neither you can install some PC versions of programs on a Mac, and some of software is not available for Macs.

Can I Run Windows On a Mac?

Answer: Yes, absolutely. But if you want to run Windows programs on a Mac, or connect to Windows only hardware or networks, you have two options: Boot Camp or PC Emulators.

Using Boot Camp: On a Mac with an Intel processor you can install a fully functional version of Windows. Boot Camp will walk you through the process of partitioning your hard drive and getting everything running.

Using PC emulators: You may make Windows run right inside the OS X environment (as opposed to switching between Windows and OS X), by installing a virtual machine, that’s by installing a PC emulator package on your Mac. This method may be a bit slow, as Mac OS X will have to perform many operations in the background, but the system is usable.

Will My Music Files Work on Mac?

Answer: All the music and audio files for that matter, recorded in the MP3 format will work perfectly on your Mac, as well as any AAC files created or purchased using the PC version of iTunes. The Window Media Audio can be more problematic if you downloaded them from a non iTunes download service, as they may be protected by Digital Rights Management Code. These files may thus don’t play on Mac, even there can be a legal way around this. You may want to consult experts online or your 12-years-old son to learn more about how to bend this limitation.

Will My Printer Bought to Be Used On PC Work With Mac?

Answer: All new and recent printers, as well as other peripherals, are fully compatible with Macs. In most cases, your printer will work just fine as soon as you plug it. Besides, new OS X come preloaded with tons of printer drivers, so you shouldn’t need to mess around with the CD that used to come with old printers. Note though that Macs don’t have a parallel socket with teeth and screws common for the old PC and used to attach old printers. So you’ll need a printer with a USB connection or an adapter which can be difficult to find nowadays.

Will Other Peripherals Work With Mac?

Answer: Usually, yes. Monitors, external hard drives, USB flash drives (also knows as thumb drives or key-drives) should work fine with new Mac. Most scanners and digital cameras will work fine as well, though it’s worth checking with the manufacturer if these devices are compatible (usually, it helps doing a bit of research on Google), especially if the peripheral is a few years old.

There are however other peripherals which will refuse to work with Mac unless you have advanced technical skills way beyond the average capacities of most people. Wi-Fi adapters, webcams, gaming devices, MP3 players, older scanners and printers will not work with Mac. But their number decreases and all new gadgets can be used on Mac without any trouble straight out of the box. At least, you’ll have to download a few drivers and so on, but in this case, the advice can be easily found on Support or Download pages of the device.

Can Mac and PC Share Files and Peripherals in a Home Network?

Answer: Yes, absolutely! It shouldn’t be difficult to set up the computers (unless one or all of them are really ancient dinosaurs from the era long gone). You don’t have to hold back from switching just because your family members want to stick with their PCs. You are unlikely to run into any problems when using a Mac with a wireless router or any cable modem dished out by your ISP (Internet Service Provider). In fact, having a Mac can make the whole process of setting up an Internet connection far less painful.

My Partner was a PC User, Will It Be a Problem?

Answer: Not at all. Switching to a Mac won’t affect your ability to communicate with people using Pcs. You’ll be able to e-mail them, share text documents, pictures, video conferences, instant messages via Skype or other systems, sharing the same network with your PC-using friends and relatives.

My Work, Will It Be Safe If I switch to Mac?

Answer: Well, to answer this question, we should know more about applications you use at home or at your place of employment. Generally, your Mac will be suitable for work and home use, and any common apps will work fine, assuming you install Microsoft office on your Mac. That’s any standard office program will work just fine (such as Word, Powerpoint, Excel and so on). Very rare occasional issues may be an annoyance, as, for example, a document edited on PC may look slightly different when you open it on a Mac, but these issues are easily corrected and you won’t run into more serious problems. There exist though very complex corporate packages, graphic programs and so on which can bring a real problem, even when the situation improves every year. We suggest that you inquire with whoever runs the computers and their environment at your workplace about the situation, before splashing out.. 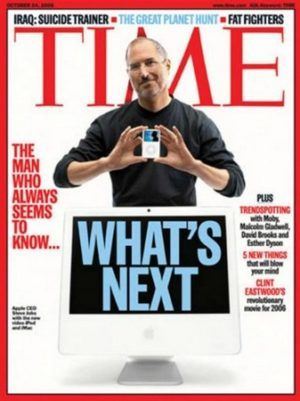