Apple has a lot of great applications available to their customers, and the iBooks application is no exception. iBooks is an app that allows you to download and read ebooks, as well as lets you create your own library of ebooks that you can read on a whim. Interestingly enough however, there is a lot of controversy about this particular app as well.

To this day, schools organize trips to the library. However, interest in printed books is diminishing with the advent of the Internet, and thus, ebooks. Electronic books or ebooks require less space, do not accumulate dust, aren’t as heavy or easy to lose, and remain “new” indefinitely. Also, many great apps allow for the downloading and reading of ebooks.

In the latest versions of Apple’s iPhones for example, iBooks is an integrated app (included on iOS with iOS 9 and on Mac with OS X Yosemite or later). Nonetheless, the app can also be downloaded from the App Store. The app allows you to fill your iPad, iPhone, iPod Touch or Mac with the countless books available for download.

Apple has had a couple of lawsuits regarding iBooks in the past, however. One was concerning the trademark name, a lawsuit which Apple won. In June 2011, New York publisher John T. Colby sued Apple over the use of the term iBook. Colby claimed to have exclusive rights over the term, as applied to published books, including ebooks. The judge ruled in Apple’s favor saying that customers wouldn’t confuse the two or think that Apple also produced his ebooks as well.

Another suit was a class lawsuit, in which Apple lost (and which meant that Apple had to repay four hundred million dollars in retribution) for price gouging and overpricing of books. The funds would be returned to consumers mostly through credit to their accounts, but there was also discussion of refunds by occasional checks in the mail as well. Thus, Apple agreed to a settlement that would refund some of the cost of books sold between April 1, 2010 and May 21, 2012. Books that were a New York Times bestsellers commanded a refund of $6.93, while all other books called for a return of $1.57. Both cases were supposed to double the amounts that consumers actually overpaid. The money would be credited to buyers’ accounts on Amazon, Barnes & Noble, Kobo and other ebook sellers, such as Apple’s iTunes. Apparently, Apple likewise had to pay a whopping fifty million dollars in litigation fees in relation to the case!

You can access the iBooks Store only from iBooks, or the iTunes app. Note, that if you search for “ibookstore” on the web, you may come across the site with the address ibookstore.com. This site offers ebooks for Kindle, but not for iBooks, and they link to Amazon, not to iBooks Store. If you want to make iBooks your default book reading app, please keep that in mind. To find free titles within the iBooks app, in the home screen, tap on Store button in the top right corner, then select the Top Charts section. You’ll see a heading saying Free Books. This is the list of the most popular free books, and it includes about 300 titles. To find free titles in the iTunes app, tap onBooks in the top navigation bar, and then locate a list Books Quick Links on the right side.

Project Gutenberg is the top place to download free classics. It’s a mother of all ebook sites, where you can find a first ebook ever made – http://www.gutenberg.org/ebooks/1. There are hundreds of thousands of public domain books available in the catalog. There are two kinds of epub files: with or without images. The one with images takes much more disc space – and that also means it will take longer to download. Project Gutenberg offers a convenient way to keep up with newly added books however – you can subscribe to an RSS feed. You can also get notified of new entries via email as well.

Smashwords is one of the most popular places of ebooks from independent authors and publishers. Books are available in several languages, all are DRM-free, and many authors make their publications available for free. The site distributes books to major ebookstores, and iBooks Store is among them. To quickly get to the list of free ebooks, simply use the combination of the three top filter bars.

The Internet Archive is a non-profit digital library with the mission of universal access to all knowledge. The website is a huge digital library of text, audio and video files, including millions of ebooks and texts. Sub-collections include American Libraries, Canadian Libraries, books from Project Gutenberg, titles from the Million Books Project, and books for children. When you find an interesting book, you’ll see in the left panel the list of available formats. In most cases, epub will be included.

Open Library is another initiative of the Internet Archive. The site’s motto is, “the world’s classic literature at your fingertips”. The biggest benefit of Open Library, is that it’s driven by a strong community. It’s like Wikipedia for ebooks. If the book had more than one edition, you’ll see them listed on Open Library. For instance, Adventures of Tom Sawyer by Mark Twain, first published in 1876, has 306 editions altogether, with most of them have separate download directories.

On Feedbooks, you can find both public domain (Public Domain section) and free contemporary books (Original Books section), both fiction and non-fiction to read. As the site is based in France, there are a lot of titles in French, as well as in other languages. The site offers RSS feeds of specific categories, so you can subscribe to them and get new books the moment they are added. 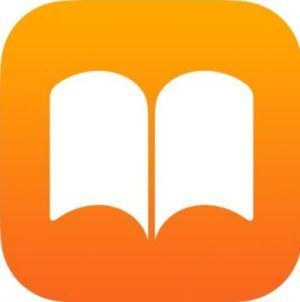