The iPad 3rd Generation is an Apple tablet computer much more faster and powerful than the previous iPad 1st and iPad 2nd generation, it also includes a higher-resolution display, better camera, improved connectivity, voice dictation, 4G (LTE). The iPad 3 was officially marketed by Apple Inc, as The New iPad. In the US and Canada, nine versions of the New iPad were offered to the public. In the rest of the world there were marketed only six versions.

Until Apple launched the iPad 4th generation, the company offered nine variations of the third-generation iPad in the US and Canada. In the rest of the world, six variations were offered (in some countries only the Wi-Fi only model was marketed). Each variation was available with black or white front glass panels, with options for 16, 32, or 64 GB of storage. 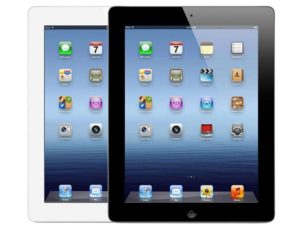