The original iPad Air (1st generation), sometimes called as iPad 5th generation, have the same 9.7 inches Retina display as the earlier iPad 3 and iPad 4 models. iPad Air also reduced the thickness of the iPad air to 7.5 mm (it is 20 percent thinner and 28% lighter in comparison with the previous models). The iPad Air was announced during a keynote at the Yerba Buena Center for the Arts. The theme of the keynote was named We still have a lot to cover.

The iPad Air comes with the iOS 7, and Jonathan Ive, the designer of iOS 7’s new elements, highlighted its features such as refined typography, new icons, translucency, layering, physics, and gyroscope-driven parallaxing as some of the major changes to the design. This device can act as a hotspot with some carriers, sharing its Internet connection over Wi-Fi, Bluetooth, or USB.

Published by Marques Brownlee on November 13, 2013 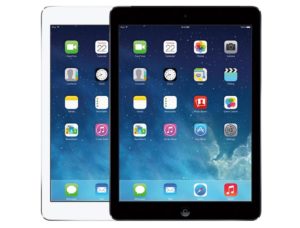