This second generation of iPad mini tablet computers developed by Apple Inc. was marketed as the iPad mini with Retina display has a design almost identical to that of the first generation iPad mini.

The iPad mini 2 internal specifications closely match those of the iPad Air. When the iPad mini 2 was announced during a keynote at the Yerba Buena Center for the Arts, the theme of the keynote was named We still have a lot to cover. 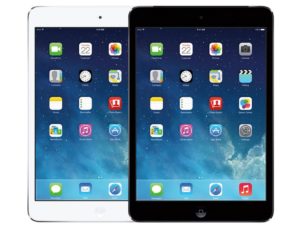