Compared to the earlier models, the iPod classic Third Generation was completely redesigned. It had a lighter, slimmer and more rounded case. The improvements also include a dock connector for connection to a computer (replacing the Fire Wire port) and audio out for connection to speakers. The four buttons are now backlit and they are located in a row above the touch wheel (the previous models had buttons placed around the wheel). Among software improvements we can mention games, alarm clock, possibility to record voice and updated customization options. On the other hand, battery life has estimated eight hours, two hours less than the iPod classic 1st and the iPod classic 2nd generations.

How to Set Up iPod to Play Music

To set up iPod, you charge the battery, install software from the iPod CD, and import songs from your music CD collection to your computer. Then you transfer the songs to iPod and start listening to music. 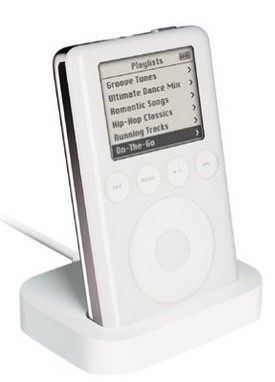