How to Pair the Apple Watch with an iPhone

To set up the Apple Watch, users must run the Apple Watch app on their iPhone, starting with an iPhone 5 or later and running iOS 8.2 or a later version. The device must be connected to a Wi-Fi network, a cellular network, or both. Bluetooth must also be enabled. Generally, the pairing and setup process can take up to ten minutes. During this time, the iPhone must have a moderate amount of battery power and be connected to its charger.

To pair an Apple Watch with your iPhone, press and hold the side button on the watch until the Apple logo appears on the display. The Apple Watch powers on and the details appear on the screen. As soon as you tap the screen, the Start Pairing screen appears.

You must sign in using your Apple ID, the online identifier that Apple uses for its services, such as iCloud and the App store. Obviously, you must provide the correct username and password. If you have applied for the two-step verification security feature for your Apple ID, choose the verified device on which to receive a one-time security code and enter it on your iPhone to complete the verification for your Apple Watch.

Important: You can tap Pair Apple Watch Manually if you cannot get the automatic pairing to work. 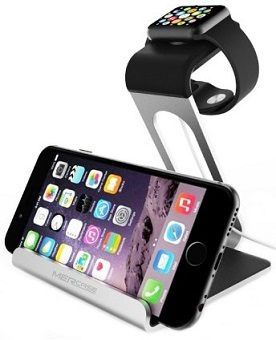