Main Site → About Apple → iSpace → Apple File System: Everything You Need to Know

Let’s talk about what the Apple File System (APFS) is, and what it means for computers’ performance. We all know that our files are saved to the storage device, a hard disk drive, or a solid-state drive, or flash drive, whatever. But, the computer doesn’t see it the way that we do. First, it divides any file in little pieces and then stacks it on ‘shelves’, or sectors of the drive. The file system determines how large these sectors can be. Going on with the shelves metaphor, imagine bookcases too shallow, or narrow to house large thick volumes, but instead, fit for booklets.

Apple File System (APFS): What Is It?

The computer has to ‘rip’ the files in order to squeeze them into the bookcases. But, the shreds could be placed not in one place or shelf, but on different ones. Imagine you ripped a Stephen King’s novel in dozens of parts and put them in various corners of your room. The beginning went to the shelf by the sofa, the end landed on the coffee table and the middle dropped behind the TV set. You have to put the book back together in order to read it from the first page to the last.

This what the computer does when we open a file, any file – a document, an image, or a saved game. It rushes to put the ‘book’ together and present it to us. If you have borrowed the above-mentioned King’s novel from your friend and she calls abruptly to get it back, you can experience some embarrassing moments putting the pages back in the right order and fixing the cover. The embarrassment can be even worse if you lost some pages. You would end up mumbling an excuse, and most likely be promising to pay for a new copy. Computers are more blunt, however. If it can’t put the “book” back together, it will just pop up a window saying, ‘This file may be corrupt. Please reinstall the software’.

This is the reason why backing up your data is a necessity. The other problem, is storing large files like HD videos. They are too hard to be shredded in pieces. It is like trying to squeeze a high-end home theatre into a single room apartment. Old file systems could not house the amount of data that we use today.

HFS+ file system introduced on January 19, 1998 with Mac OS 8.1, can shred the files in 32 bit pieces. It was the great ‘library’ with neatly arranged and scrupulously tagged ‘shelves’, but now, it is just not enough. The Apple File System is promised to shred the files into 64 bits, which is much more effective for overall performance.

Apple says that the Apple File System, or AFS for short, will support up to 9 quintillion files. One quintillion is 1 with 18 (eighteen) zeros after it. Just for you to realize the figure: Andromeda Galaxy is about 2 quintillion kilometers away from us and that is well beyond the Milky Way galaxy we belong to. There are only 7.2 quintillions grains of sand in all the beaches on Earth!

Among other AFS advantages, we should mention the nanoseconds timestamping. The thing is, when we use files or work online and change them, our system watches the slightest changes like an arduous librarian and stamps them. Timestamps help to track the changes back and restore the latest versions of the files. It is very important while making some transactions online like money transferring. Usually, timestamps are divided by seconds. With AFS, we are talking nanoseconds. Thus, the system will be more reliable and stable, and fewer operations will be aborted as well.

Then comes encrypting. Many systems support encrypting files, in the age of Assange and Wiki-leaks, this feature is very handy. AFS will be able to encrypt not only the file, but its info or metadata with two separate keys. You will get your own Fort Nox!

With AFS, Macs will be able to clone disks and make snapshots of them. Surprisingly, these features, known to Windows users for ages, have not been available on Macs. A beta version of AFS is available also for MacOS Sierra. You can create it and copy the files to and pro, but that is all you can do with it. For instance, you cannot use it as a boot sector.

One annoying thing about AFS however, is that it is case sensitive. What does this mean for you? That you should be accurate while naming files. For example, what_we_did_last_summer.jpg, and What_we_did_last_summer.jpg will be read as two different files by the system. Being case sensitive is a Linux feature, and Apple operating systems are Linux-based. Honestly, I cannot see why Apple saved this feature for the system meant for the creative folks in the first place. OS X and MacOS have always had the graphic interface for the general public, not the console one. So, an average user cannot always remember about the case. This can sometimes be an issue for some.

The other drawback is, the AFS partition is not seen under Windows. Those who have the dual boot on their Macs will face a real problem. Apple promises a Windows driver to understand AFS, but this is just in the air.

Apple File System will go to MacBooks, iMacs, Apple watches and wearables. The company will reconsider all the software its gadgets run on. It might be also great to get new iMacs or Mac Pros to fit the inner changes. I do have my hopes high for Kaby Lake powered desktops and laptops though. 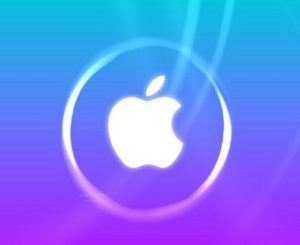