Introduced by Apple Computer Inc. in January 1983, the Lisa personal computer was one of the first computers aimed at individual users to offer a graphical user interface (GUI). Development of the Lisa began in 1978, but it resulted in an extremely expensive device. The Lisa’s name was for a reason, as the computer was named after Steve Jobs’s daughter Lisa, born in 1978. On the other hand, the Apple Lisa featured advanced preemptive multitasking. The Apple Lisa’s speed and of course the hard drive gave it a place in the mists of legend among power users – it was the machine all the programmers used to make the fancy games work. 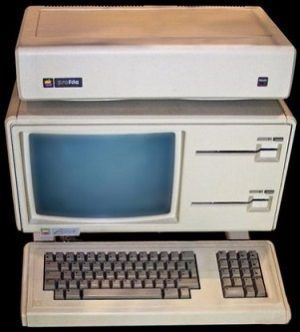