The LC 520, also known as Performa 520, was a personal computer, a part of Apple Computer’s LC line of Macintosh computers. It was Apple’s attempt to create a viable all-in-one computer. The LC 620 came in one-piece case and proved to be a popular home model.

Many 520-style Macs have been produced since. The Macintosh LC 520 was the first of the LC 500 series. The LC 500 case design was larger than the compact Macs, with a significantly larger screen.

Discontinuation: Terminated in February 1994. Replaced by both the faster Macintosh LC 550 and the new, 68LC040-equipped Macintosh LC 575. 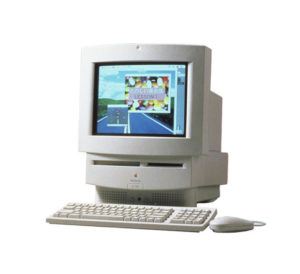