It is possible to download and install apps from the App Store service provided by Apple. These apps can add functionality to your Apple Watch. You can browse the App Store and search for any specific app you find interesting, by using the Apple Watch app on iPhone. Browsing the store enables you to look around and get an idea of the wide range of apps available. Searching enables you to locate particular apps by their names or by keywords.

Apple Watch: How to Browse and Search the App Store

A Few Words about App Store

Apple Inc. conceived, developed and maintains App Store as a digital distribution platform for mobile apps on iOS. The App store allows users to browse and download applications that have been developed with Apple’s iOS SDK. The apps can be downloaded to iOS devices; the iPhone smartphone, the iPod Touch handheld computer, the iPad tablet computer. They can also be downloaded as extensions of iPhone apps to the Apple Watch and 4th generation Apple TV.

According to Apple, the App Store has millions of apps available (at least two and a half million of apps in January 2017). Altogether no less than 140 billion times many of these apps have been downloaded since Apple Inc. launched App Store in 2008. The total revenue has been calculated as $70 billion earned by app developers in this period.

In the fall of 2016, Apple has rolled out major changes to the App Store. These changes included the addition of ads in search results, as well as a new app subscription model. According to this mode, the early established 70/30 revenue split that was practiced between developers (who have earned 70% of money earned from purchases) and Apple (which has received 30%) have changed into a new 85/15 revenue split between developers and Apple. But this approach is valid only if the person who has purchased a developer’s app, stays subscribed to this app for a year.

On September 7, 2016, Apple announced that starting the same day, the company will be removing old apps that do not function as intended or that don’t follow current review guidelines. All developers are previously warned and given thirty days to update their apps, if they are stable. However apps that crash on startup will be removed immediately. Additionally, Apple warns that app names registered by developers cannot now exceed 50 characters, (this method widely used by developers was a clear attempt to insert very long descriptions or irrelevant terms in app names in order to improve the app’s ranking in the App Store search results. Thus the decision of Apple not to allow this practice anymore prevents developers from creating endless names. Note than App intelligence firm Sensor Tower revealed in November 2016 that Apple, as promised from its September announcement of removing old apps, had removed 47,300 apps from the App Store in October 2016. This number represents a 238 percent increase of its prior number of average monthly app removals. 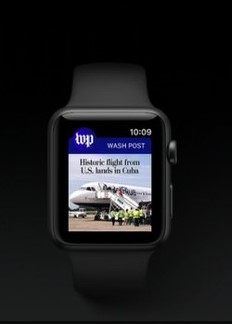