How to Connect to Bluetooth Devices

How to Unpair ф Bluetooth Accessory

As requested by one of our readers, here are the steps in more detail:Click the Digital Crown. 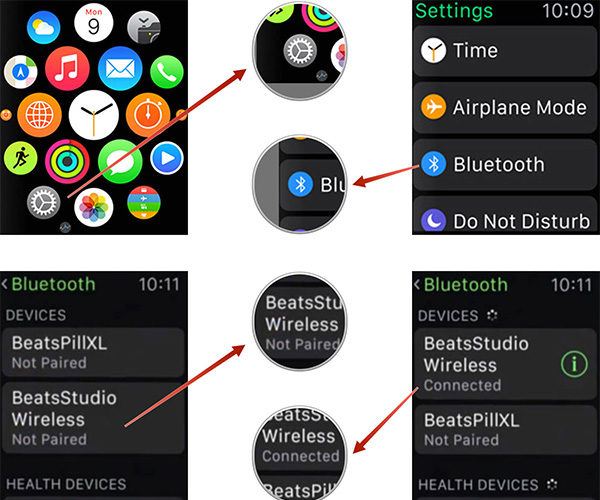 If your Apple Watch cannot locate a nearby Bluetooth device, but you are certain that it is powered on and in pairing mode, an error may have occurred in the Bluetooth software on the Apple Watch. If the problem persists, restart your Apple Watch. Press and hold the side button until the Power screen appears, and then swipe Power Off to the right. To start the watch, hold down the side button until the Apple logo appears on-screen.

If you can’t connect your Bluetooth accessory, or the device won’t reconnect, proceed as follows:

A Few Words about Bluetooth

Invented by telecom vendor Ericsson in 1994, Bluetooth is a wireless technology standard for exchanging data over short distances (using short-wavelength UHF radio waves in the ISM band from 2.4 to 2.485 GHz from fixed and mobile devices, and building personal area networks, or PANs). It can connect several devices. Originally Bluetooth was conceived as a wireless alternative to RS-232 data cables.

Bluetooth is managed by the Bluetooth Special Interest Group (SIG), which has more than 30,000 member companies in the areas of telecommunication, computing, networking, and consumer electronics. The IEEE standardized Bluetooth as IEEE 802.15.1, but no longer maintains the standard. The Bluetooth SIG oversees development of the specification, manages the qualification program, and protects the trademarks. A manufacturer must meet Bluetooth SIG standards to market it as a Bluetooth device. A network of patents apply to the technology, which are licensed to individual qualifying devices.

The development of this “short-link” radio technology was initiated in 1989 by Nils Rydbeck, CTO at Ericsson Mobile in Lund, Sweden, and by Johan Ullman. According to Wikipedia, the name Bluetooth is an Anglicized version of the Scandinavian Blåtand/Blåtann (Old Norse blátǫnn), the epithet of the tenth-century king Harald Bluetooth who united dissonant Danish tribes into a single kingdom. According to legend, the king Bluetooth, introduced Christianity in his country as well. The idea of this name was proposed in 1997 by Jim Kardach who developed a system that would allow mobile phones to communicate with computers. At the time of this proposal, he was reading Frans G. Bengtsson’s historical novel, The Long Ships, which was about Vikings and King Harald Bluetooth. The implication is that Bluetooth does the same with communications protocols, uniting them into one universal standard.

Today’s Bluetooth is a standard wire-replacement communications protocol primarily designed for low-power consumption, with a short range based on low-cost transceiver microchips in each device. Because the devices use a radio (broadcast) communications system, they do not have to be in visual line of sight of each other; however, a quasi-optical wireless path must be viable.

Quick Tips: How to connect a Bluetooth headset to your Apple Watch [Video] 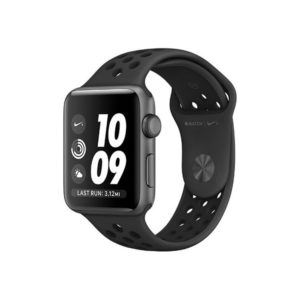