The device can track your movements. Apple Watch can measure your heart rate to help you stay healthy and active. You can use the Activity app to monitor your daily activities. The Activity app aims to encourage you to move around more in the hope that this will be good for your health. This app tracks your movements using Apple Watch’s sensors and records your activity using a three-ring graphic. When you exercise at the gym or elsewhere, you can use the Workout app to tell Apple Watch what the exercise is, enabling you to measure your workout more precisely.

How Apple Watch Tracks Your Movements and Activity

Apple Watch uses four components to track your movements. These movements are as follows:

On Apple Watch, the Activity app uses three goals for tracking your movement and encouraging you to increase your activity levels:

The watch monitors your movement and heart rate to detect activity brisk enough to count to your Exercise goal. All your activities register as exercise : Walking, running, jogging, rowing, dancing, digging in the garden, climbing stairs, even waving your arms in the air… All these activities count, especially when you continue for long enough to raise your heart rate.

Apple Watch measures the activity based to some extent on how much your wrist moves. People may find that the Activity app assigns disappointingly low calorie burns to pull-ups or press-ps where the wrist remains stationary. Much higher burns are assigned to exercises such as bench press or lat pull-downs, as the wrist does move there.

How the Workout App Affects the Activity App

The Workout app tells Apple Watch what exercise you are doing. It helps the device to understand and interpret your movements and thus better judge the effect. If you specify you are performing an Outdoor Cycle or a Stair Stepper activity, the Workout app monitors your calories burn steadily, because it knows what you are doing. It can estimate thus how vigorous your movements are.

Trim Apple Watch faces: While Mickey has been the face of Apple’s marketing campaign, it’s virtually impossible to tell the time from his stubby arms. In fact, average user bears to use only two watch faces. You can banish the rest by swiping up on any offending design. If you want one back, just press the + at the end of the list.

Add Music to Apple Watch: Adding MP3s to your Apple Watch isn’t hugely compelling, but if you’re out for a run without your iPhone, it can be useful. To get your music on the Watch you first need to first create a playlist on your iPhone, and then head to the Apple Watch companion app. In the app, choose the Music app from the list on the phone and choose your playlist, and it will start syncing. If it doesn’t, stick your Watch on its charging pad. You won’t be able to see your music until you pair some wireless headphones, which is done via the Bluetooth part of the settings menu. Once they’re synced, head to the Music app on the Watch, and long press to show synced playlists.

Reorganize Your Apps: You can change the order of your apps on that familiar home screen in the companion app too. Just fire it up and choose App Layout, which is easily missed at the top. You can then press and hold on the tiles and move them about the honeycomb, like a game of wearable blockbusters. 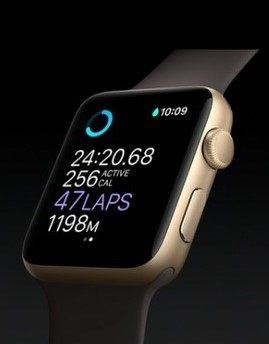