With Apple Watch, you can take photos with iPhone’s camera. It’s the Remote Camera app on Apple Watch that enables you to set up iPhone on a stand, like a tripod, and then take photos remotely. You can take the photo instantly or take an 11-photo burst on a 3-second delay. The Remote Camera app allows you take group photos or selfies with iPhone’s high-resolution camera. You can also use for photographing «human-shy» objects, such as wildlife.

What to do if the Remote Camera app on Apple Watch gets stuck at the Connecting Camera message? To fix this issue, on iPhone, turn the Bluetooth off and the on. Just swipe up from the bottom of the screen to display Control Center, tap Bluetooth to turn Bluetooth off. Tap Bluetooth again to change it back to On.

ProCamera 8 + HDR App: This photo, video and editing app app is fast, simple and professional. The app is packed with technology. Its intuitive user interface is appreciated by the most consummate photography professionals who can capture HDR photos and control exposure accurately and focus with a simple swipe. This app has Remote Trigger for Apple Watch, Protimer, Advanced HFR Video Recording and Configurable Camera Selector.

Heyday: This app remembers every day of your life. The app does its job even while you are not using your Apple Watch or iPhone; the app uses information like places you have visited and photos you captured to make a wonderful story. On Apple Watch, you can enjoy features like dictate notes, see the last day with a Glance, browse anniversaries and notifications with photos designed for Watch.

Instagram: This is arguably the most popular photo app among users. It offers so many options to play around a single photo that you can actually spend an entire vacation in the company of this amazing app. Besides, Instagram has a number of creative tools (including change brightness, contrast and saturation as well as shadows, highlights and perspective) that can turn any user into a pro, and which edit pictures and videos and help share those moments on social media.

Camera Plus: One of the most popular third-party camera apps for iOS, which gives you a lot more control over your photography than what’s currently available in the stock camera app. The Apple Watch support brings with it some great features, such as photo & video capturing with a live preview as well as an instant preview after capture to make sure it was exactly what you wanted. You can also swap between the front or back camera and set a timer – all from your wrist.

ProCam 2: This app is loaded with countless features and facilities to turn you into a consummate photographer. Now in its latest version, the app has got something for Apple Watch also. The ProCam app includes remote trigger with rea-ltime viewfinder, self-timer option, control over aspect ratio and flash modes, access to filters and photo viewer and metadata reader.

Apple Watch Guide – How To Use the Watch As a Camera Remote. Uploaded by MeadorsMusings on April 29, 2015. How to use your Apple Watch as a camera remote. This is a great little tool if you want to set up a picture and have yourself in it. Now you don’t have to have someone else take that picture of you for you. 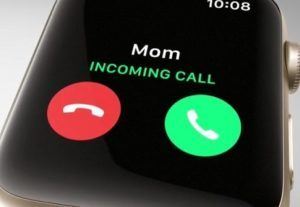