Apple designed its first iMac as the first Macintosh computer as a machine without a floppy disk drive, but with a USB port. With USB port being a cross-platform, users could connect to hardware compatible with both x86 Pcs and Macs. USB has allowed Macintosh users to select from a large selection of devices marketed for the Wintel PC platform, such as hubs, scanners, storage devices, USB flash drives, or mice. Later Apple gradually remove older peripheral interfaces and floppy drives from the rest of its product line.

The LCD-based iMac designs continued the all-in-one concept first envisioned in Apple’s original Macintosh computer. Since 1999, the successful iMacallowed Apple to continue the strategy of differentiating the consumer versus professional product lines create a distinctive identity for each of the company’s subsequent products.

Designing and building its iMac line, Apple avoided using the beige colors then pervading the PC industry. The company would later drift from the multicolored designs of the late 1990s and early-2001s to using anodized aluminum; glass; and white, black, and clear polycarbonate plastics among their build materials.

The color rollout of the original iMacs also featured two distinctive ads: one called ‘Life Savers’ featured the Rolling Stones song “She’s a Rainbow” and an advertisement for the white version had the introduction of Cream’s “White Room” as its backing track.

In 2008, Apple faced a class-action lawsuit for allegedly deceiving the public by promising millions of colors from the LCD screens of all Mac models while its 20 inch model only held 262,144 colors. This issue arose due to the use of 6-bit per pixel Twisted nematic LCD screens. Finally the case was dismissed on January 21, 2009.

The iMac’s integrated design has some inherent tradeoffs that have garnered criticism. In The Mythical Midrange Mac Minitower, Dan Frakes of Macworld suggested that with the iMac occupying the midrange of Apple’s product line, Apple had little to offer consumers who want some ability to expand or upgrade their computers. For example, the iMac’s integration of monitor and computer, while convenient, commits the owner to replacing both at the same time. For a time before the Mac mini’s introduction, there were rumors of a “headless iMac”, but the G4 Mac mini as introduced had lower performance compared to the iMac, which at the time featured a G5 processor.

Neither Apple nor third parties have offered retail iMac GPU upgrades, with the exception of those for the original iMac G3’s “mezzanine” PCI slot. Models after the iMac G5 (excluding the August 7, 2007 iMac update) made it difficult for the end-user to replace the hard disk or optical drive. Besides Apple’s warranty explicitly forbids upgrading the socketed CPU. 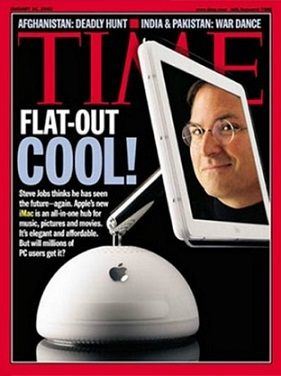